First competed for in 1990, this year marks the 26th running of the event which pits the abilities of three of the top pyrotechnic teams from around the World. The organisers though do try to ensure that each year, at least one of the teams will be not have competed before adding that ‘unknown’ quality to proceedings.

The teams will be creating a 25 minute display, set and synchronised to music and will be judged by industry experts who will be marking against the following criteria:

Competitors will lose points for flouting safety rules, any activities considered unprofessional and dangerous set up practices. The judges said ‘some teams are extremely flowing and magical whereas others are bombastic which is what makes role even more difficult’.

The competition forms part of ‘Shorefest’ which is Vancouver’s largest community concert series. The event brings a staggering $37 million into the economy in tourism and hospitality alone.

On event days, there will be live music from 2pm daily and food and entertainment available to everyone. You can either watch the fireworks from the beach and surrounding area or one of the specialist areas set up.

The Keg Lounge, is closest to the music stage, a Steak House Bar and Grill which is the most popular area for VIP’s .

Sunset Beach will have fewer people about than the Beach at English Bay and you will be able to see just as well without tripping over people.

The winner of the competition will be announced on 31st July once all three teams have competed.

Social media reporting has of course gone wild since learning that the team from The Walt Disney Company were taking part. Of course, whilst Howard & Sons have previously competed here, the Netherlands and of course the Disney team have not so it should be quite something to behold. Royal Party, representing The Netherlands, were winners of the Philippine International Pyromusical Competition in 2015 so they are all in with a fighting chance. 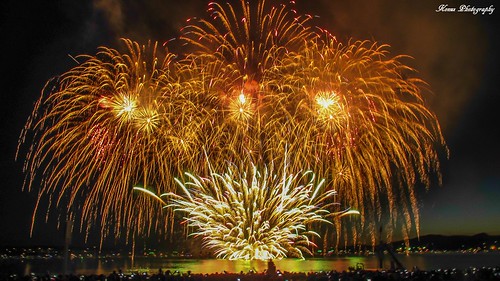 Every year around the world, people gather to watch the clock tick over from 11:59pm on December 31st, to 12:00am on ...
Read More
Filed in: firework competition, fireworks display, Honda Celebration of Light, HONDA CELEBRATION OF LIGHT 2016, The Walt Disney Company
Share:
Find us on Facebook Find us on Twitter Find us on Pinterest Find us on Instagram Find us on Tumblr Find us on Vimeo Find us on Youtube Find us on LinkedIn Find us on Flickr
Previous article TOP 5 HALLOWEEN FIREWORKS