This year marks the 28th International Firework Competition set in the stunning Royal Gardens of Herrenhausen. The event will feature representative World Class teams from around the globe who will battle it out for supremacy in the night skies over Germany.

The competition takes place between May and September annually and is acknowledged as one of the biggest and best in the firework event calendar.

The gardens were created by Sophia of Hanover who was also referred to as Sophia of the Palatinate who was oddly enough the grand-daughter of James I of England (James VI of Scotland) of Gunpowder Plot fame and her mother, Elizabeth, was the one the conspirators were plotting to kidnap once Parliament was destroyed to return the Kingdom to the Catholic faith.

As ‘Great Garden’ might suggest, it is a BIG garden covering an enormous 50 hectares of lawn, hedges, shrubberies and woodland. At the centre of the garden when it was created was Herrenhausen Palace but this was all but destroyed in bombing raids during World War 2.

Last year Surex of Poland lifted the award with an outstanding display which captured the hearts and minds of both the judging panel and the viewing public. 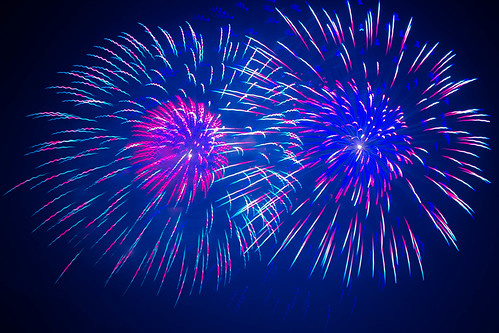 Competing this year are as follows:

This team has been in the business of creating beautiful pyrotechnic displays for more than 40 years. Suppliers of high impact and top-quality pyrotechnics in New Zealand and they are the only full time professional team in the area. They have been responsible for the fireworks for events like Disney on Ice and numerous concerts for some of the biggest names in music like AC/DC. They specialise in pyro-musicals and are passionate about utilising the local musical talent in their displays. I am looking forward to this one to see what they have to offer as we don’t see much from our antipodean neighbours.

Founded in the latter part of the 18th century, this family run firm is one of the original Italian Firework families and was the brainchild of Antonio Scarpato Sr. Today, six generations have continued to follow the originators ethos of quality, art, innovation, professional standards, customer service and adherence to the rules and regulations of the firework industry.

They have continued to thrill and enthral both young and old for over 230 years and I am sure that they will continue to do so for many more.

Only founded in 2015 which is a newcomer in firework terms as North Star Fireworks but the four owners have taken part in some of the biggest events in Norway prior to the creation of the company including New Year and various domestic events both in New Zealand and the surrounding Pacific islands.

North Star Fireworks took part in their first competition in 2017 at Berlin’s Pyronale competition lifting the award ahead of teams from France and the European home of fireworks; Italy.

I have to say, having caught a look at the video of their competition display it was clean, accurate and very well balanced with amazing symmetry (which always gets my vote). Looking forward to checking this one our next Summer.

This firework team was established in 2006 so again are a relatively ‘young’ team and like North Star Fireworks they won Pyronale in 2016 with a breath-taking display. The team bring the dynamism of youth and creativity to the display planning and implementation and are widely acknowledged as one of the most creative of all the international teams. I for one cannot wait to see their innovation in progress for the 2018 Herrenhausen display.

Established in 1934 this is another family business who have continued to wow audiences for more than 80 years and their experience is clear.

The team are former Guinness World record holders for the most rockets launched in 8 minutes. They were also worthy winners of the Ignis Brunensis with a clean sweep of all the awards including the public and television awards and picking up 1st Prize overall. Absolutely smashed it! They also won in Monaco and over the years the shelf must be groaning under the strain of so much silverware. We are expecting great things from them.

Herrenhausen has it all - it is an all-around beautiful place with exceptional standards of fireworks – what more could you possibly want. We will let you know the dates and the firing order at a later point.