Have An Epic Chinese New Year 2013 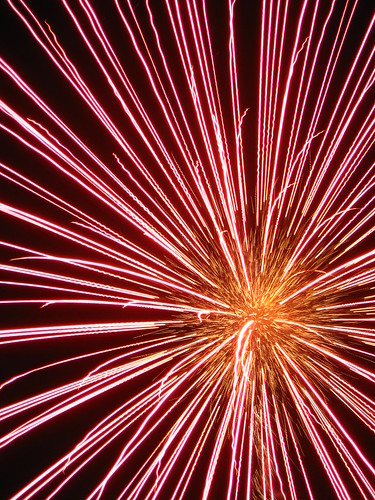 The Chinese New Year, also referred to as ‘Spring Festival’ takes place within the first couple of months of the Gregorian calendar and is meant to signify the end of the Winter and the welcoming of the Spring.

After all the Christmas decorations have been taken down, the house is cleaned thoroughly in preparation for the Chinese New Year. Once cleaned, the house is decorated with brightly coloured lanterns, cherry blossoms, orange trees and lots and lots of red all around. In the run-up to the Chinese New Year, classic Spring Festival music is played all around in public places. The most popular is the sound of traditional bowed stringed instruments like the Erhu and Gaohu.

The most important facet of the Chinese New Year celebrations for families across China is the reunion dinner held on New Year's Eve. All the family from children to grandparents, aunts and uncles, nephews and nieces traditionally all gather together at either the parent’s house or the eldest brother’s home. Nowadays, they sometimes gather in a top class restaurant.

A typically very lavish affair, dinner will include a multitude of courses which include Chicken, Pork and Fish.

In Malaysia, the dinner will begin with a traditional raw fish salad which everyone will toss with chopsticks and it is said that the higher the salad goes, the more fortunes will grow in the coming year.

The giving of gifts is extremely important and most commonly will include boxes of oranges or a live orange tree. If you are a child, elderly relative or a single adult, you will expect to receive ANG POH. These are the little red envelopes featured in a certain bank’s advertising campaign which will contain a crisp new bank-note. A child of a large family with lots of aunties and uncles could potentially receive a great deal of money from their little red envelopes.

The Chinese New Year festivities continue for 15 days and culminate in Chap Goh Mei (meaning 15th night) and again will be celebrated with a family meal and music in a similar vein to the reunion dinner on Chinese New Year.

Legend has it that the Chinese New Year celebrations started with a fight against mythical beast the Nian who was said to come out at New Year to eat the livestock, crops and even unsuspecting villagers. However, Nian came across a child wearing red and fled into the night. The villagers determined that Nian must be afraid of the colour red and thereafter, as New Year approached the villagers would hang red lanterns and red scrolls and light firecrackers to drive Nian out of town.

During the run-up to the holiday, all the open air markets across China are packed with home-makers stocking up on gifts, material, flowers, toys and of course fireworks.

China is, of course, synonymous with fireworks so it is no surprise that the celebrations will include pyro of every kind. Of course, they will be bright, loud and often red in colour to continue the tradition of ensuring that Nian does not return. Firecrackers have been banned in some more built up areas for safety reason at one time or another but some have since relaxed the ban in more rural areas.

Flowers, which play an integral part in the Chinese New Year celebrations also have special meaning:

Thanks to constant improvements in firework manufacturing, and a thirst from importers to deliver the most impressive...
Read More
Filed in: 2013, china, Chinese New Year, Fireworks, new year, Spring Festival
Share:
Find us on Facebook Find us on Twitter Find us on Pinterest Find us on Instagram Find us on Tumblr Find us on Vimeo Find us on Youtube Find us on LinkedIn Find us on Flickr
Previous article SOUTHEND’S FIREWORK DISPLAY IS TO MAKE A COMEBACK THIS YEAR!