Game of Thrones. An EPIC adventure. 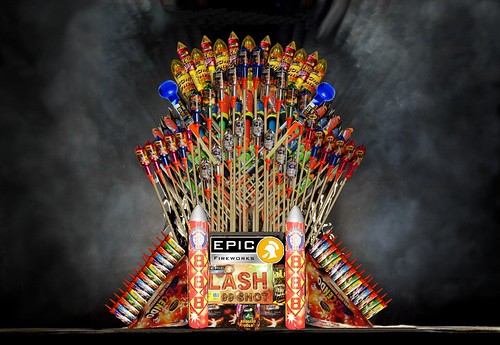 When it was first televised in 2011, no-one knew that it was going to be a global hit and what a show it is. The plotlines are thick with intrigue and the line between the goodies and the baddies becomes ever more blurred as time goes by.

Here at Epic, we have watched every single episode and laughed, cheered, and (in the case of Julie) cried at the trials and tribulations of all involved.

From the Lannister gentry at Kingslanding to the rather more hardcore Starks of Winterfell and the hard life of Daenerys Targaryen thrown to Khal Drogo who was let's face it a single step away from Neanderthal man, you cannot fail to be caught up in the day to day lives of these characters. I for one was absolutely gutted when Sean Bean (Eddard Stark) was killed off but the gauntlet has definitely been taken up by his children.

My favourite character is Tyrian Lannister (played by the incomparable Peter Dinklage) who is nothing short of spectacular with his acerbic wit and more recently his softer more approachable side, particularly when it comes to dealing with Sansa Stark who is at the moment being passed around like a cheese board for everyone to have a nibble at.

We have seen dragons born and take their first kill, heads, legs, and hands lopped off and more naked flesh than a Saturday night in Barnsley but none of this takes away from the fascination and sheer brilliance of Game of Thrones.

We have just passed the halfway point for this season and are already starting to look for when the fourth season will get underway.

Whilst we acknowledge that this is not a programme for everyone, it is fascinating and very different to the ‘cops and robbers’ or ‘sci-fi terraforming’ genre of most productions at the moment.

We have created our own ‘Iron Throne’ made up of our own epic fireworks – let us know what you think :) 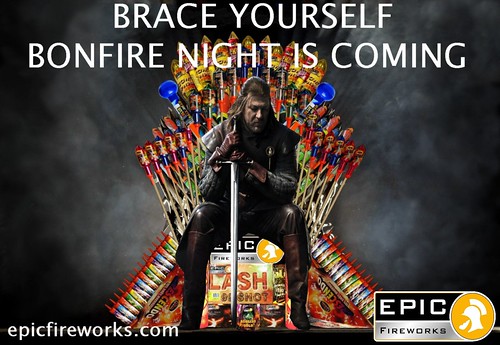 WHAT: SOUTHPORT MUSICAL FIREWORK CHAMPIONSHIPWHY: NATIONAL FIREWORKS COMPETITIONWHERE: VICTORIA PARK, ROTTEN ROW, SOU...
Read More
Filed in: Epic Fireworks, Game of Thrones, iron throne
Share:
Find us on Facebook Find us on Twitter Find us on Pinterest Find us on Instagram Find us on Tumblr Find us on Vimeo Find us on Youtube Find us on LinkedIn Find us on Flickr
Previous article ROMAN CANDLES - A GRUESOME HISTORY