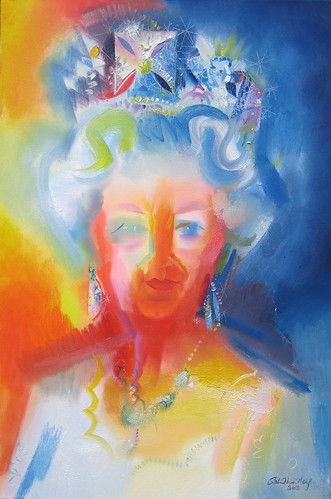 Norfolk has a long association with the King's and Queens of England and Great Britain, from William I, who established Norwich Castle as a royal palace soon after the conquest, to Elizabeth II whose private home, Sandringham has been the private home of four generations of British monarchs - Edward VII, George V, George VI and Elizabeth II. Queen Victoria purchased the house and estate in 1862 by for Prince Edward (later Edward VII) and his wife Alexandra. The house, museum, gardens and country park are open to the public.

As part of round one of Norfolk County Council’s Norfolk Year of Celebrations 2012 Fund, £15,675 has been awarded to 90 events to mark the Queen’s Diamond Jubilee around Norfolk.

Alongside an additional five events to mark the Olympic and Paralympic Games, the money has been split between community groups or organisations, such as town and parish councils.

Some of the Town and Parish Councils have decided to incorporate fireworks displays in the celebrations being held throughout Norfolk for our Queen’s Diamond Jubilee. The following will be holding firework displays:

If you live in the Norfolk area, I would recommend that you attend any of the events being held in celebration of the Queen’s 60-year reign in order to take part.

There is £14,325 remaining for round two of the fund, in which community groups or organisations and town and parish councils can bid for a maximum of £500.

So if you have any ideas and are resident in the Norfolk area, the funding can be used to mark either the Queen’s Diamond Jubilee Weekend (which runs from June 2 to 5), the Olympic Torch being run through Norfolk as part of the London 2012 Torch Relay (July 4 and 5), the Paralympic Torch Festival (August 28 and 29), the final weekend of the London 2012 Cultural Olympiad (September 8 and 9) or the Tour of Britain cycle race on Sunday, September 9.

In an effort to ensure that the council can provide funding for as many celebrations as possible, the majority of awards have been in the £100 to £300 range and the county council anticipates continuing this approach into round two.

A hidden gem of a game is available on Steam for PC. If you are a fan of Pyro, and want to put on crazy, funny, intri...
Read More
Filed in: Diamond Jubilee, Fireworks, norfolk
Share:
Find us on Facebook Find us on Twitter Find us on Pinterest Find us on Instagram Find us on Tumblr Find us on Vimeo Find us on Youtube Find us on LinkedIn Find us on Flickr
Previous article TAMWORTH FIREWORK DISPLAY BACK WITH A BANG