WHAT: Freedom over Texas
WHERE: Eleanor Tinsley Park at Buffalo Bayou
WHEN: July 4th
WHAT TIME: 4pm – 10pm (fireworks at 9:30)

Houston, Texas plays host to the largest land based fireworks display in the USA to celebrate Independence Day.

A full evening of events kicks of at 4pm with festival activities for all the family. 4 large music stages will have toe-tapping performances from the likes of Cowboy Mouth and Little Big Town. Pat Green will headline the show with his 50 minutes set starting at 8:20pm. Before the main event, the 4th July Fireworks!!

The Fireworks start at 9:30 and will fill the sky with patriotic bursts of red, white and blue. This is the largest land-fired fireworks display in the United States and promises to impress everyone who sees it.

Before the fireworks begin, there will be plenty of entertainment with something for everyone. From the 30,000 square foot kid’s zone to the amazing military showcase featuring Apache Helicopter flight simulator and a monster M-60 Battle Tank weighing 55 tons! If that is not enough action then the heat is really turned up with the Bud Light Volleyball Championship Series Mens and Womens Finals. Where you can relax with a cold bud and enjoy the fun.

But of course, it would not be 4th July without the fireworks. Pyro Spectaculars North by Souza will put on an amazing display that will span Buffalo Bayou on the west of Sabine Bridge. A simulcast of a choreographed music medley specially put together for the Independence Day fireworks will accompany the sky filling spectacle. Tune in on KILT 100.3 FM to hear the patriotic music that accompanies the largest land-based fireworks display in the country.

Entrance to the event is free of charge with a donation of one canned item per person to the Houston Food Bank, a great cause and a great deal. The first 30,000 people through the gates will receive a Stars and Stripes hand-held fan to keep cool on what promises to be one of the best days of the year in Houston, Texas. Independence Day. 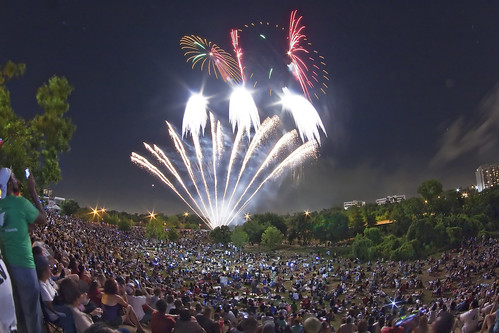 Qatar is the first middle eastern country to host the world cup, which was opened in spectacular style with a knock-y...
Read More
Filed in: Fireworks, houston, Independence Day, July 4th, Texas
Share:
Find us on Facebook Find us on Twitter Find us on Pinterest Find us on Instagram Find us on Tumblr Find us on Vimeo Find us on Youtube Find us on LinkedIn Find us on Flickr
Previous article INSTANTLY LIGHTING OVER 10 KILOS OF EPIC FIREWORKS