Free Events For Launch Of Norfolk And Norwich Festival 2009 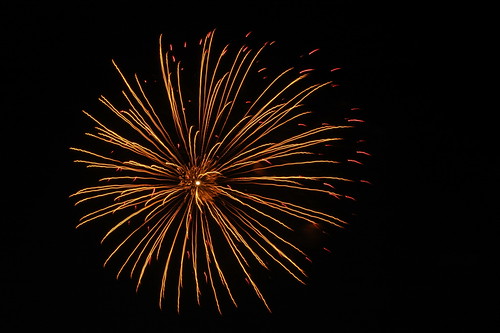 Thousands of people are expected to enjoy a host of free events this week to launch the city's award-winning festival.

The Norfolk and Norwich Festival 2009 will launch tomorrow with a carnival feel taking over Norwich's Millennium Plain.

And on Saturday, Earlham Park will be crammed with up to 10,000 people for explosive fireworks and music display.

French street performers Fanfare Le Snob will take over the area outside The Forum tomorrow evening at 5.30pm, repeating their 45-minute performance at 10.15pm.

A day later French pyrotechnic team Les Commandos Percu will appear at Earlham Park for a 35-minute display of cutting-edge fireworks, all released in time to hypnotic music, at 10.15pm.

A similar event in the park last year attracted around 3,000 people - but this year organisers are expecting a turnout of at least 5,000, with a maximum capacity of 10,000.

Festival director Jonathon Holloway said: “The French street band are gentle and beautiful and will be unbelievable to watch with people walking around with fire coming out of their heads.

“The fireworks in time to music will be fun for the whole family. People want something they've never seen before, something that plays on the imagination and this will give this.

“It's great to see fireworks in November but it's even better to see them in May, especially in such gloomy times for the city with the economy and the football club - it will be something to lift the spirits.”

The Norfolk and Norwich Festival runs from tomorrow until May 16 - with more than 100 music, theatre and arts event spread across a range of venues.

For the first time, this year's festival has an expanded children's programme, with events every day and a 10,000 sq ft inflatable walk-through sculpture, Levity III, for kids to get lost in.

Next weekend, May 9 and 10, there will be a family Garden Party hosted in Chapelfield Gardens, with full details to be revealed next week.

Starting on May 8, the gardens will also host the Spiegeltent - an evening entertainment venue hosting music, theatre, dance and cabaret.

The name Dum Bum is synonymous with loud noise, and lovers of louder fireworks will be very familiar with the brand, ...
Read More
Filed in: explosive fireworks, fireworks and music display, Norfolk and Norwich Festival 2009
Share:
Find us on Facebook Find us on Twitter Find us on Pinterest Find us on Instagram Find us on Tumblr Find us on Vimeo Find us on Youtube Find us on LinkedIn Find us on Flickr
Previous article AUTUMN LIGHTS RETURNS!