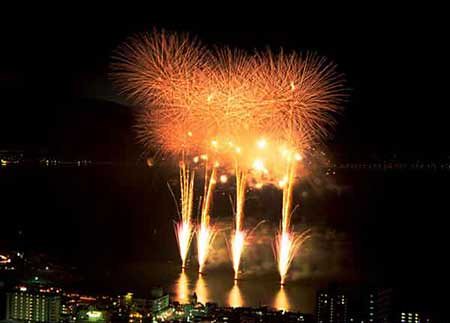 A TWO-MINUTE pyrotechnic display will begin on Saturday, April 24, at 8pm to celebrate the milestone development at Marina Bay, the opening of the Youth Olympic Park and the landmark bridges which connect the Marina Centre to the Bayfront area.

The pyrotechnic display will be accompanied with special lighting effects, specially choreographed to showcase the night lighting feature of the curved double helix pedestrian bridge – a world’s first – which is parallel to Benjamin Sheares Bridge and connects the Marina promenade to the new Bayfront Area.

The Urban Redevelopment Authority (URA) has also put together a line-up of performances created by Mr Aaron Khek – chief choreographer for the Singapore 2010 Youth Olympic Games.

The theme of the programme, “Celebration of Life”, will be used to signify the aspirations and growth URA has for Marina Bay.

The seating gallery of The Float@Marina Bay will be specially opened for members of the public to join in the opening night celebrations at Marina Bay.

Admission is free and seats are available on a first-come, first-served basis.

The seating gallery will be opened from 6.30pm onwards and visitors would be among the first to step onto the double helix pedestrian bridge.

Together with the Youth Olympic Park, the landmark bridges would be officially opened by guest-of-honour Minister for National Development Mr Mah Bow Tan.

A series of street performances, which include a variety of dance and musical performances, have also been planned from 5.30pm to 9pm on Sunday, 25 April 2010.

We are sure that this opening of this Youth Olympic Park will be a huge success and will inspire young people from around the world to put down the doughnuts and start training. Who knows youngsters, in 4 years time it could be you up there getting that gold. 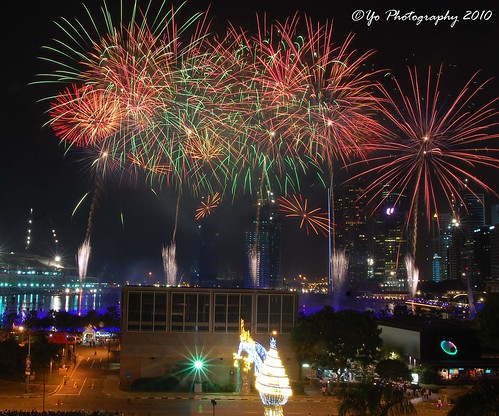 Every year around the world, people gather to watch the clock tick over from 11:59pm on December 31st, to 12:00am on ...
Read More
Filed in: bayfront, Fireworks, fireworks display, marina bay
Share:
Find us on Facebook Find us on Twitter Find us on Pinterest Find us on Instagram Find us on Tumblr Find us on Vimeo Find us on Youtube Find us on LinkedIn Find us on Flickr
Previous article FIREWORKS CHAMPIONS AT NEWBY HALL