Fireworks to end Edinburgh festival with a bang 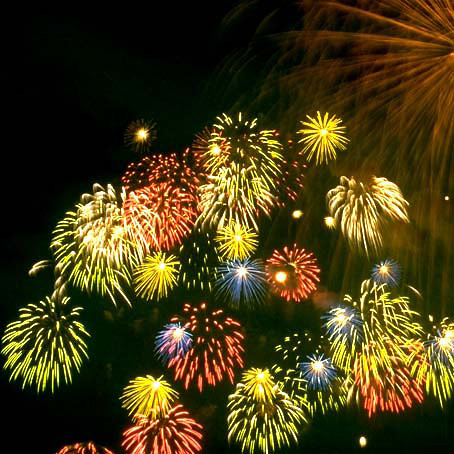 THE climax to three weeks of cultural hedonism in the capital will end with a bang this weekend as a show-stopping fireworks concert closes this year’s Edinburgh Festival.

Tomorrow’s event will see a mix of live music, performed by the Scottish Chamber Orchestra, and a choreographed fireworks display set against the backdrop of the city’s famous castle.

Among the crowd will be schoolgirl Kaitlin Macleod who will have the task of pushing the button to start the “breathtaking” display.

The 10-year-old from Sunny Livingston won a competition to be the official “fire starter” for the evening. During the concert in Princes Street Gardens, the orchestra will perform some of composer Handel’s most popular work.

Meanwhile, international fireworks artists Wilf Scott and Keith Webb from Pyrovision will present the display featuring more than 100,000 fireworks, four tonnes of explosives, and hundreds of firing sequences including the famous waterfall cascading from the ancient castle.

Of course, not everybody can get in to watch the fireworks from the Gardens, so where is the best place to see the fireworks for free? Many people like the vantage point from Calton Hill which overlooks the venue beautifully and is a favourite spot for photographers. Some prefer the height advantage of Arthurs Seat which is a great spot to watch from but leaves a tricky descent after the explosions. There are also good spots from expensive hotels if you can afford the room, along Princes Street but these normally go early.

One thing is guaranteed, the largest fireworks display in Europe following the largest arts festival in the world is going to impress.

Last year’s event drew a crowd of about 250,000 viewing from vantage points across the city. The concert in the gardens, which begins at 9pm, is ticket only.

FACT: Japan produces some of the world's biggest and best fireworks, including record-breaking monster-sized shells l...
Read More
Filed in: Edinburgh Festival, Fireworks
Share:
Find us on Facebook Find us on Twitter Find us on Pinterest Find us on Instagram Find us on Tumblr Find us on Vimeo Find us on Youtube Find us on LinkedIn Find us on Flickr
Previous article BUYING FIREWORKS AS A GIFT