When it comes to celebrations, it seems the whole world wants to celebrate with fireworks and why not; all the best, most memorable things in life need to be acknowledged and who forgets a big fireworks display. 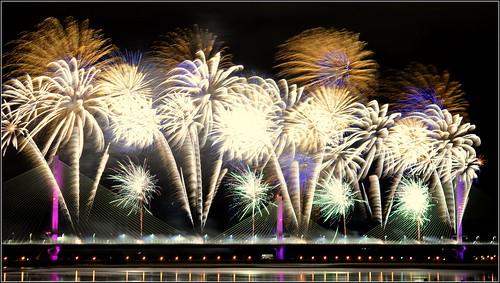 The new Mersey Gateway, costing a cool £600 million is such an example, saving the good folk of Runcorn and Merseyside a long detour around nowadays with a small cost. Presently, most locals use the Runcorn-Widnes bridge which is in desperate need of repair. It is hoped that the opening of the new bridge will allow the closure of the older bridge, which will be revamped and opened again, but with the introduction of toll’s coming into place for both bridges, locals are up in arms already. You would think that getting an extra half hour in bed each morning would be worth the £2 toll charge, but not all agree. The residents of Halston get to pay a one-off £10 annual fee to cover the tolls, but still, think the tolls put in place will damage the local economy as it is felt that a lot of visitors will avoid the area because of travel costs. 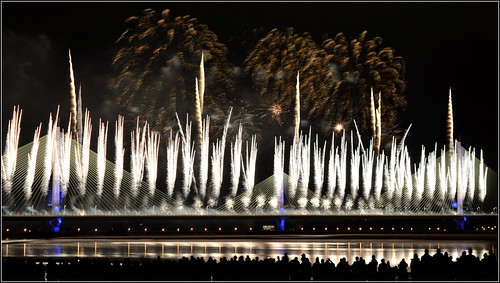 The bridge will reduce congestion on the previously incredibly busy stretch which is again a plus for all concerned saving time and time for businesses equals money. Along with the new bridge, a new automatic number plate recognition technology will replace toll booths, easing bottlenecks with good links to the local John Lennon airport exports across the world will be easier to expedite.

Whatever your feelings are about the politics with regards to the introduction of the new toll’s, you can’t argue that the firework display was pretty impressive, with what seems to be the national colour of the area, red, starting off the show with high bursting peonies leading into trailing comets, before gold takes over to finish the display in regal style.

Let’s finally show some empathy for the poor guy left to design the show, which was seen across the World by a bevvy of international firework fans, when the realisation hit him that it was going to be held on Friday the 13th!

Dubai is to hold another record-breaking celebration to welcome in 2023.Each year, Dubai utilizes their spectacular B...
Read More
Filed in: Fireworks, fireworks display, MERSEY GATEWAY BRIDGE
Share:
Find us on Facebook Find us on Twitter Find us on Pinterest Find us on Instagram Find us on Tumblr Find us on Vimeo Find us on Youtube Find us on LinkedIn Find us on Flickr
Previous article INSTANTLY LIGHTING OVER 10 KILOS OF EPIC FIREWORKS