Dubai (AsiaNews/Agencies) – Last night at 9.09 of the 9th day of the 9th month (9 September), Dubai’s new metro line was officially inaugurated. Dubai’s ruler Sheikh Mohammed bin Rashid Al Maktoum and other local VIPs boarded the first train as it set off on its maiden trip, stopping at every station as fireworks and a laser display lit up the emirate’s night sky. At 6 am this morning, the new urban rail system was up and running ready to welcome its first paying customers. The metro was launched at a time of economic woes for Dubai as a result of the worldwide economic meltdown. Dubbed the Redline and the first to open, the train has 29 stations (ten coming into use right away; the remainder phased in over the next six months). A second, Green Line, will open in summer next year. 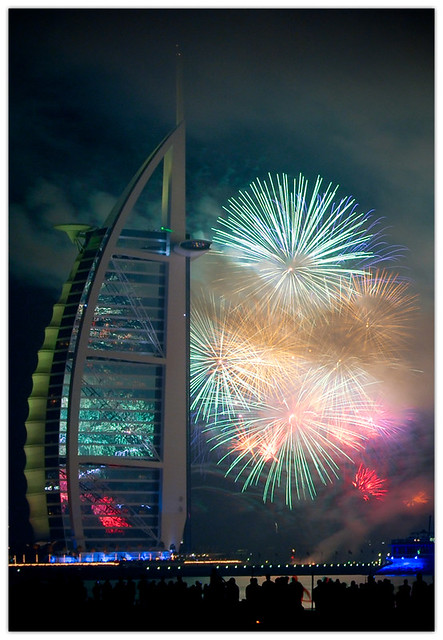 Dubai’s Sheikh Mohammed is hoping that the new transit system will become a meeting point for the emirate’s varied population and boost its economy.

The project, which employed a workforce of more than 30,000 people during the construction phase, cost around US$ 7.6 billion, twice as much as budgeted.

The Dubai rail system, which is fully automated, will have three classes of the carriage. In the ‘Gold’ or VIP class, bankers, oil executives and sheikhs that call the city home will be enticed with wide leather seats, onboard Wi-Fi and a front-of-train view of some of the most expensive construction sites in the world; the second class of carriage will carry everyone else, with a third section reserved for women and children.

The system’s planners estimate it will attract 70,000 passengers a day at first, rising to 600,000 a day by the end of the first year. The current population of the city is 1.5 million.

Critics point out however that the metro might have made sense a few years ago when the emirate’s economy was booming and the city’s drivers had to endure tail-to-tail traffic. All this is a thing of the past as a result of the credit crunch. Many expatriates have left in fact, some abandoning their expensive cars in parking lots, unable to pay their monthly instalments. Click here for the original story.

WHAT: Flamborough Fire FestivalWHY: New Year CelebrationsWHERE: The Festival Arena is situated at Mereside, Flamborou...
Read More
Filed in: dubai, Fireworks
Share:
Find us on Facebook Find us on Twitter Find us on Pinterest Find us on Instagram Find us on Tumblr Find us on Vimeo Find us on Youtube Find us on LinkedIn Find us on Flickr
Previous article BLACKPOOL WORLD FIREWORKS CHAMPIONSHIP