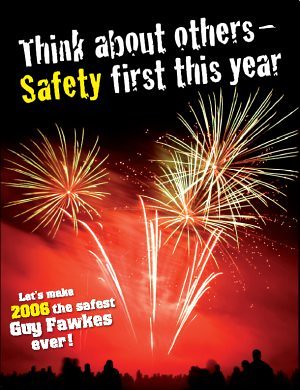 A CITY newsagent has been hit with a £27,000 fine after Trading Standards found fireworks hanging from live power cables and beneath boxes of lighter fuel at his store.

Tudor Harries, who owns and runs Tudors News in Morriston, was found guilty of two offences of failing to protect staff and public while storing fireworks for sale.

Harries labelled the size of the fine "ridiculous" and said he would be appealing the decision.

Fireworks were also found in storage beneath boxes of lighter fuel and some were stapled to the wall.

Harries was also found guilty of selling alcohol to a 15- year-old after the youth took part in a test purchase.

Although Harries failed to appear in court, magistrates imposed fines on him reaching £27,000. When approached by the Post, Harries said he had decided to appeal.

He said: "Because of the ridiculous amount, it is now going to Crown Court."

After considering the facts, magistrates imposed two penalties each of £10,000 resulting from breaches of the Health & Safety at Work (Etc) Act 1974 for failing to protect employees and failing to protect people, not in employment but exposed to the risk of improper storage of fireworks.

Cabinet member for the environment, Councillor John Hague, said: "Fireworks are allowed to be sold in controlled circumstances by responsible retailers. Responsible sales prevent people being exposed to the dangers and anti-social behaviour that results from the reckless use of fireworks in the community."

A fine of £2,500 for selling alcohol to a person under the age of 18 was also handed down.

Swansea Council's head of environmental health services Martin Saville said: "Once again we are disappointed it has been necessary to take action for selling alcohol to a person under the age of 18." An additional fine of £2,500 was imposed for the offence of displaying fireworks otherwise in accordance with a licence.

Further fines of £200 and £2,500 resulted from offences of displaying fireworks in a manner that was not safe and selling fireworks outside of the prescribed period.

Harries was also ordered to contribute £1,000 towards the council's costs.

The name Dum Bum is synonymous with loud noise, and lovers of louder fireworks will be very familiar with the brand, ...
Read More
Filed in: Fireworks, trading standards
Share:
Find us on Facebook Find us on Twitter Find us on Pinterest Find us on Instagram Find us on Tumblr Find us on Vimeo Find us on Youtube Find us on LinkedIn Find us on Flickr
Previous article SOUTHEND’S FIREWORK DISPLAY IS TO MAKE A COMEBACK THIS YEAR!