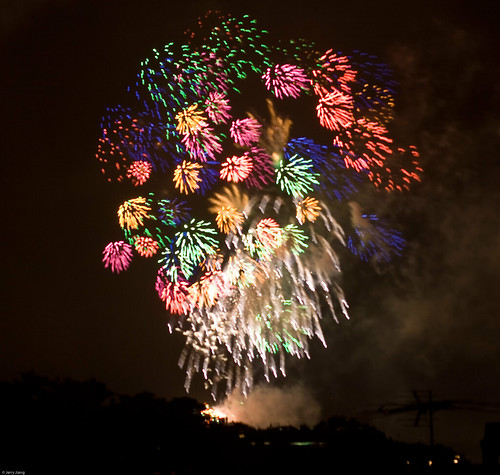 EASTHAMPTON - A decades-old tradition and slice of Americana in this city will be noticeably absent this summer.

The Easthampton-Southampton Kiwanis Club confirmed Thursday that members had voted not to host their annual Independence Day fireworks display in July.

"The cost of the event was getting larger and larger, and the income was not keeping up," said Kiwanis fireworks coordinator Eric Snyder. "It was becoming a financial risk instead of a major fundraiser."

The Kiwanis donate the proceeds of their several annual fundraisers to youth programs, sports teams and scholarships.

The event has drawn between 15,000 and 20,000 people to the city from the surrounding area, according to police estimates.

The event featured live music on several stages, face painting and other attractions.

This year would have been the 35th fireworks display. There are currently no plans to bring the event back next year, Snyder said.

"We could re-evaluate the situation after this year, and they may come back if the economics change," he said.

Snyder said that the event's price tag was in the vicinity of $20,000 and climbing. This year, a community policing grant that had paid for much of the patrols of the event dried up, further increasing projected costs.

Snyder called the fireworks "a labour of love" and said that Kiwanis members are disappointed to have to call off the event for financial reasons.

Mayor Michael A. Tautznik said this week that the event would be missed.

"There's going to be a big hole this summer," Tautznik said.

The display was cancelled twice in recent years, but never for financial reasons.

In 2006, officials discovered perchlorate, a firework byproduct, at Galbraith Field, the longtime launch site. Williston Northampton School officials opted to cancel the fireworks that year out of concerns for the groundwater.

The fireworks display moved to a new location at White Brook Middle School, with organizers agreeing to a number of safety precautions against contamination.

The event was cancelled in 2008 because of forecasts of heavy rain but went off without a hitch last year.

Dubai is to hold another record-breaking celebration to welcome in 2023.Each year, Dubai utilizes their spectacular B...
Read More
Filed in: 4th july, Fireworks, Independence Day
Share:
Find us on Facebook Find us on Twitter Find us on Pinterest Find us on Instagram Find us on Tumblr Find us on Vimeo Find us on Youtube Find us on LinkedIn Find us on Flickr
Previous article BLACKPOOL WORLD FIREWORKS CHAMPIONSHIP