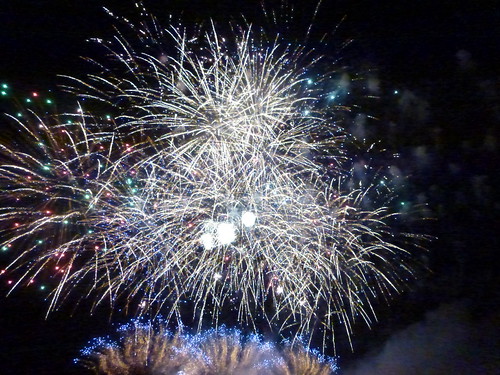 Every year, there are any number of fireworks displays and competitions taking part across the UK and around the World.

I have created a list of the most popular for the pyro freaks amongst you so that you can take advantage of as many as possible in 2013.

Dates: 16th February to 23rd March 2013
This is a chance to showcase never seen before pyro extravaganza.

The UK last won this truly international spectacular in 2007. The 4th Philippine International PyroMusical Competition 2013 will be at the SM Mall of Asia.

Dates: 15th to 19th March 2013
Not a competition but a major event which focuses on both fireworks and the fabulous effigies which are burned. This is a spectacular sight which anyone who has had the chance to go along in previous years will attest to.

Dates: 26th to 30th April 2013
This is a competition which brings together the best of European Fireworks together for a spectacular event which will have all the family oohing and aaahhhing.

This year’s competition features participants from the following countries:

Starting Saturday 3rd August and running consecutive Saturday’s for the following 3 weeks at one of the following venue’s:
Capesthorne Hall, Eastnor Castle, Belvoir Castle and Stanford Hall
Competing teams are as follows:
Jubilee Fireworks
Parente Fireworks
Merlin Fireworks
Skyburst Fireworks
MLE Fireworks (event organiser and they put on their own display for the finale)

The event is run in a unique format with three professional teams firing against one another. Then, the audience get to vote by text message on which they believe to be the best whilst the organisers, the fantastic MLE Pyrotechnics put on their own beautiful finale show, whilst the votes are counted.

Not a competition but is one of the finest displays in the UK during the summer. A great end to what has been a fabulous week of sailing.

13th to 14th August 2013
Teams at this event compete this year to be awarded champion of champions as due to extreme weather conditions on the second day of last years event it was not safe to continue.

Four consecutive Fridays from 6 September 2013 to 27th September 2013
Pyro-Musical has become an art-form in itself. These international competitors, from as far a field as Canada and Australia will hope to touch the audience emotionally and present a harmonious mix of music and fireworks to win the title World Fireworks Champions 2013. Last year’s event was badly effected by really poor weather conditions so we hope that this year’s event will make up for this.

4th to 6th October 2013
This championship has been running for a number of years but this year, due to commercial development, the venue has moved away from the water. Whilst the reflections from the fireworks on the water were nothing short of spectacular, we are sure that they will all pull out all the stops to make this something spectacular. Seven teams are invited to compete annually and this year the following are going head to head to become British Musical Firework Champions 2013

WHAT: Flamborough Fire FestivalWHY: New Year CelebrationsWHERE: The Festival Arena is situated at Mereside, Flamborou...
Read More
Filed in: 2013, Fireworks, fireworks competition
Share:
Find us on Facebook Find us on Twitter Find us on Pinterest Find us on Instagram Find us on Tumblr Find us on Vimeo Find us on Youtube Find us on LinkedIn Find us on Flickr
Previous article BLACKPOOL WORLD FIREWORKS CHAMPIONSHIP