Once again, we bring news of another of the fabulous Firework Champions events for 2019.

This event started back in 2002 and continues to thrill audiences of all ages in this firework spectacular.

The Hall is home to Lord and Lady Ashbrook and it has been in the family since the 15th century. This incredibly beautiful stately home is in the Jacobethan style (a combo of Jacobean and Elizabethan) and is open to the public throughout the summer. It also boasts that the house, with its elaborate décor and beautiful façade, has graced TV’s up and down the UK having been used for Ken and Deirdre’s wedding on Coronation Street and more recently was the home of ‘bad lad’ Tommy Shelby in the hugely popular Peaky Blinders. 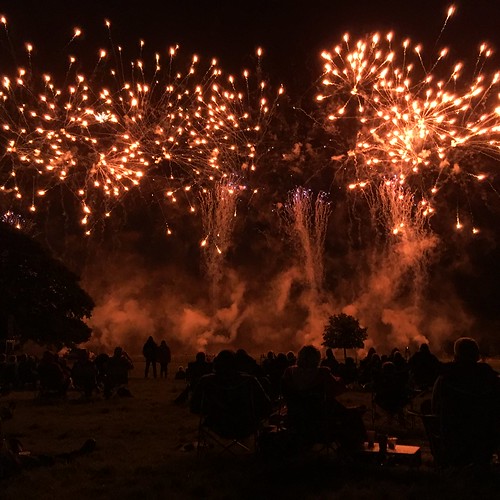 As in other events of its kind, three teams battle it out for supremacy in the skies over Arley Hall. Competing for 2019 are as follows:

This will be the fourth time for this team taking part in one of the Firework Champions Events. This team won at Newby Hall in 2017 and at Ragley Hall in 2016 and get busier every year. They narrowly missed out on the win last year so they definitely have a point to prove.

This will be the 3rd time that Firemonkey Pyro have competed at one of the Firework Champions events and picked up a win at Eastnor Castle in 2017. It was a last minute call up to compete so picking up the win was both unexpected and well deserved. This team are newcomers to the magical world of pro firing but they have certainly made their presence felt. Good luck.

This team from our own County competed last year at Newby Hall and have been providing the highest quality displays for a number of years now. They always create their displays using the best quality of products available and their music choices always tug at the heartstrings. They competed last year at Newby Hall but as they fired first, it was barely dusk let along dark but that said the music and the pyro were incredible.

Whilst the votes are cast and counted the crowds will be treated to a finale display by organisers MLE Pyrotechnics who have been firing both Nationally and Internationally since the millennium.

Arley Hall and Gardens have some lovely food and drink outlets about from your traditional pub fayre to full-on restaurant menu.

You can also either take along your own food and drink (picnic/blanket/ball – sorted!) or order a burger from the concessions on site.

A fabulous day out which can be enjoyed by family and friends in the open air. Good luck to all the competitors.

Thanks to constant improvements in firework manufacturing, and a thirst from importers to deliver the most impressive...
Read More
Filed in: 2019, ARLEY HALL, Firework Champions, firework competition, firework event
Share:
Find us on Facebook Find us on Twitter Find us on Pinterest Find us on Instagram Find us on Tumblr Find us on Vimeo Find us on Youtube Find us on LinkedIn Find us on Flickr
Previous article SOUTHEND’S FIREWORK DISPLAY IS TO MAKE A COMEBACK THIS YEAR!