This is the penultimate event in the Firework Champions calendar and one which is widely supported both locally and nationally.

A great social event to spend quality time outdoors with friends and family before an evening of the best the UK has to offer in firework displays.

The set up is that there are 3 competitive displays of around 10 minutes each with a short gap between each team’s display followed by text voting and a finale show whilst the votes are counted by organisers MLE Pyrotechnics.

You can play this either way; a few egg sarnies and a bottle of water or go the full hog and order a luxury hamper with Champagne and foie gras. There are also vendors on site if you get a yearning for a greasy burger too so something to suit every pocket and taste.

There are bouncy castles, rides, and attractions too so the children will have plenty to do before festivities begin.

Here are the competitors:

This will be the 3rd time this team have competed at a Firework Champions event and lifted the win last year at the beautiful Ragley Hall.

Cambridge fireworks has more than 60-years of experience in the world of pyrotechnics which is evidenced by their professionalism and attention to detail; lots of colour, effects and precision timing.

This team has more than 20 years in the business of pyrotechnics run by hubby and wife team Mike and Karen. They are not afraid of getting wet and muddy and are acknowledged as one of the nicest couples on the pro-firing circuit and Karen mothers and feeds them all. They have a huge array of trophies and will, of course, be bringing their ‘A’ game. Renowned for their music choreography you can expect a very touching and emotional display.

The premier firework display company in Wales with 20 years experience they have an outstanding safety record and supply fireworks for everything from weddings and celebrations to product launches and all in between.

Once all three teams have shown their wares it is time to open the vote, which is done by both a team of judges and the gathered crowds at the event. Whilst this is in process, organisers of the Firework Champions series of events, MLE Pyrotechnics take centre stage. This Daventry based company have been firing professional shows since 2005 and were central in the creation of the spectacular and highly accurate firing system ‘Fire By Wire’ which is used across the firework industry.

We would like to offer all the competitors our very best and we will bring you details of the winners shortly. 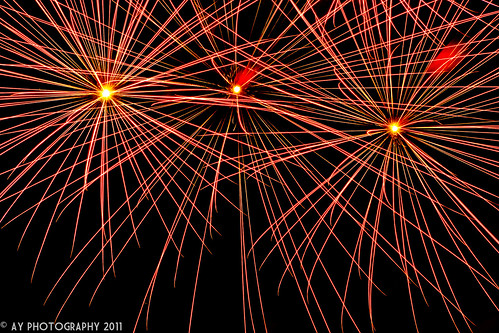 Every year around the world, people gather to watch the clock tick over from 11:59pm on December 31st, to 12:00am on ...
Read More
Filed in: 2019, Eastnor Castle, Firework Champions, Fireworks
Share:
Find us on Facebook Find us on Twitter Find us on Pinterest Find us on Instagram Find us on Tumblr Find us on Vimeo Find us on Youtube Find us on LinkedIn Find us on Flickr
Previous article THE HISTORY OF SKY LANTERNS