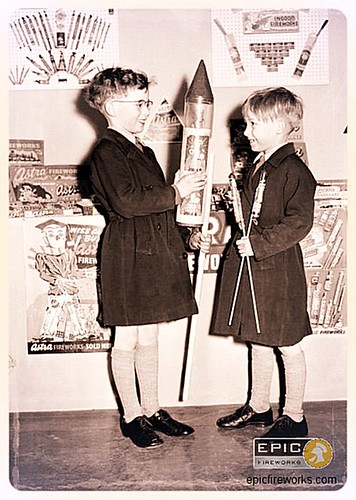 FIRE is released first in a FREE (YES, we said free) PDF e-book version and a physical edition is planned for later in the year but will be subject to enough interest being shown to cover the printing costs.

Please share this fantastic piece of work with family and friends and let's hope we generate enough interest so the book can go to print.

Would you believe that the Guinness World Record for 'World's largest Catherine wheel', has gone unbeaten for one ful...
Read More

A GUIDE TO WATERPROOFING FIREWORKS

With the uncertainty of the Great British weather, those who want to light fireworks regardless of the climate may wi...
Read More

In the film Independence Day, Will Smith saved planet Earth from alien invasion and, 25 years after the film's releas...
Read More
Filed in: Bonfire Night, Fascination, festival, fire, firework, Gunpowder Plot, Guy Fawkes, guy fawkes night, Halloween, Mark Fleming, November, old-school fireworks
Share:
Find us on Facebook Find us on Twitter Find us on Pinterest Find us on Instagram Find us on Tumblr Find us on Vimeo Find us on Youtube Find us on LinkedIn Find us on Flickr
Previous article TOP 10 SONGS FOR BONFIRE NIGHT