The Fireworks anemone is a spectacular marine invertebrate - the beautiful, bright tentacles really do remind you of a firework exploding in a clear night sky.

The Fireworks anemone is a beautiful burrowing anemone that can grow up to 30cm across and live in a soft tube up to one metre long, made of mucus, mud and stinging cells.

The anemones have elongated bodies and have two rings of tentacles – short ones around the mouth and long ones around the edge. Unlike the more familiar rock pool anemones, they cannot retract their tentacles, and instead, rapidly retreat into their tube when disturbed.

The Fireworks anemone is found at depths between 10 and 130 metres in sea lochs on the western coast of Scotland. It is a nationally scarce species and is under threat from activities that damage and disturb the soft sediments in which it lives. With that in mind, I am sure you would agree, that for this amazing firework like species to disappear would be a dire shame, especially one as beautiful as fireworks. 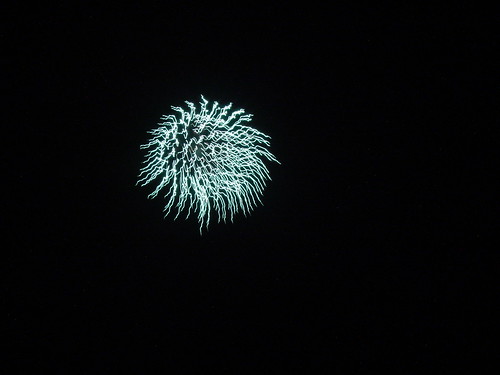 WHAT: THE BRITISH FIREWORKS CHAMPIONSHIPSWHEN: TUESDAY 17th & WEDNESDAY 18th AUGUST 2022WHERE: PLYMOUTH HOE, THE ...
Read More
Filed in: Fireworks anemone, scotland
Share:
Find us on Facebook Find us on Twitter Find us on Pinterest Find us on Instagram Find us on Tumblr Find us on Vimeo Find us on Youtube Find us on LinkedIn Find us on Flickr
Previous article BUYING FIREWORKS AS A GIFT