Festival Fireworks Concert To Celebrate Music From The Movies 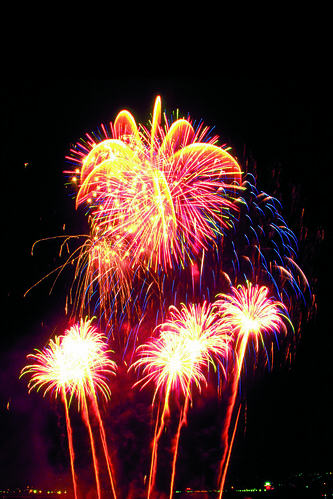 The 2010 Edinburgh International Festival Fireworks Concert will this year celebrate "Music from the Movies", it was announced by Festival Director Jonathan Mills this morning at the launch of the EIF programme taking place in August and early September.

The festival opens on 13th August with John Adams’s El Niño. The Bank of Scotland Fireworks Concert, the grand finale of all the festivals, takes place on 5th September under Edinburgh Castle. It's watched by thousands throughout the city.

More on the Festival Fireworks Concert and Edinburgh International Festival

With Halloween approaching let's take a look at 5 recommendations for a Halloween fireworks display.Halloween is a gr...
Read More

A few week ago our good friend Colin Furze (professional stuntman) popped in for a chat and a few fireworks. He's tea...
Read More

Regular readers of our blog may remember an article from October of last year, in which we shared an ambitious mass-f...
Read More
Filed in: Edinburgh Castle, Edinburgh Festival, Edinburgh International Festival, Fireworks
Share:
Find us on Facebook Find us on Twitter Find us on Pinterest Find us on Instagram Find us on Tumblr Find us on Vimeo Find us on Youtube Find us on LinkedIn Find us on Flickr
Previous article Celebration Of Light Fireworks Cancelled For 2021