Steeped in 400 years of history and folklore the feast of the redeemer or festa del redentore takes place on the third weekend in July. The most anticipated weekend in Venice is full of events, parties and fireworks await locals and visitors alike.

The celebration is to mark the end of a terrible plague that hit the city during the 16th century killing over 50,000 people. To stop the problem the venetian Doge Alvise Mocenigo promised that when the plague ceased, he would build a magnificent bascilla.

It was decided that the church would be built on Guidecca and the first stone was placed on the third Sunday in July and a small wooden church followed thereafter. To celebrate the ending of the plague it was decided to build a temporary floating bridge to the church from Venice to Guidecca and was used first for a procession of the population and highest officers of the republic. After the procession it has occurred every year since and pilgrimage to the church of redentore is done every year, this is the only time that Guidecca is connected to the rest of Venice.

There are plenty of parades, dances and other entertainment on offer, but everyone pauses for the explosive fireworks event on Saturday evening. They are fired from Saint Mark’s basin from over 35 floating pontoons over 600 meters. The show lasts for around 45 minutes and then after the show the younger generation of the city head to Venice Lido to await the dawn and the sunrise.

So, if you are holidaying in Venice, get along to see the fireworks and be warned, it is a celebration that is sure to draw you in. 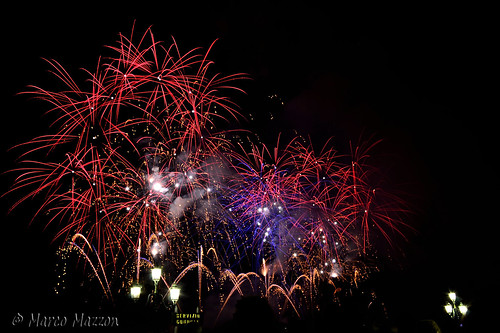 WHAT: Las Fallas De Valencia 2023WHY: Celebration of St Joseph and his efforts to protect the Royal FamilyWHEN: March...
Read More
Filed in: FESTA DEL REDENTORE, ITALY
Share:
Find us on Facebook Find us on Twitter Find us on Pinterest Find us on Instagram Find us on Tumblr Find us on Vimeo Find us on Youtube Find us on LinkedIn Find us on Flickr
Previous article TONEGAWA FIREWORKS FESTIVAL 2022