WHAT: WALPURGIS NIGHT
WHEN: MONDAY 30TH APRIL – TUESDAY 1ST MAY 2018
WHERE: THROUGHOUT CENTRAL AND NORTHERN EUROPE

Walpurgis Night is celebrated mainly in the countries of Germany, Finland, and Sweden. There are slightly different versions of the holiday celebrated in the Czech Republic, Estonia, Slovenia, Latvia, and Lithuania but whatever the differences, the celebrations on these 2 days always include some of our favorite things here at Epic, dancing, bonfires and finally fireworks. 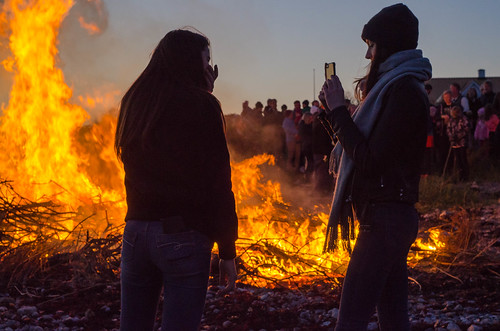 The celebration of Walpurgis is in celebration of St Walburga who was a Christian Missionary from 710 AD who had studied medicine and was the daughter of St Richard the King from Devonshire. She is thought to have been responsible for ridding the area of pest, rabies and whooping cough as well as witches.

The reason why this is celebrated in this way is down to the fact that all the locals were very superstitious that all the evil spirits in the world would stir up trouble and visit the land before the spring season arrived. To avoid this happening, the locals believed that by covering the houses in sprigs of foliage, sprinkling holy water in and outside their homes, along with lighting fires and setting off fireworks at dusk they would keep the evil spirits at bay and give them a fresh start and a prosperous harvest. The locals decided that the best way to keep evil at bay was to make noise. Bells would ring out, people would bang on drums, planks of wood would be beaten on the floors or any kind of noise created so the evil would stay away. As time went by, firearms would be used instead and they would fire shots into the sky. Gradually fireworks were introduced for a more frequent, loud and long-lasting noise. 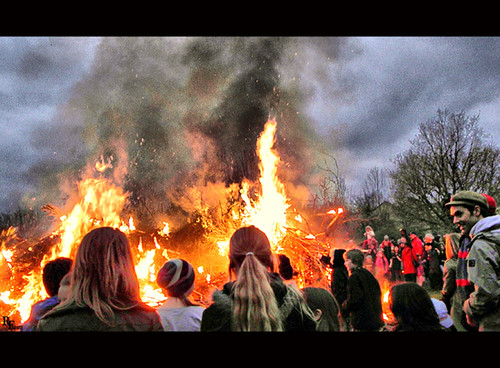 Bonfires also played a big part and a lot of the bonfires were controlled by the municipalities in the towns and cities, these huge structures were created from all the spring cleaning that had taken place across the villages, and when lit at dusk gave a warm glow to the sky. Any space that wasn’t filled were left to the fireworks filling the air with spectacular colours and noise all around.

Just remember if you get invited to a bonfire party over this weekend, don’t be confused, look at it like its another date in your diary to enjoy bonfires, fireworks, and everything Walpurgis.

WHAT: Tonegawa Fireworks Festival 2022WHY: Fireworks event close to TokyoWHERE: Riverbanks of Tonegawa River in the t...
Read More WHAT: British Musical Fireworks Championship 2022 WHY: Pyro-Musical Competition & Events WHERE: Victoria Park, ...
Read More
Filed in: FEAST OF WALPURGIS, WALPURGIS
Share:
Find us on Facebook Find us on Twitter Find us on Pinterest Find us on Instagram Find us on Tumblr Find us on Vimeo Find us on Youtube Find us on LinkedIn Find us on Flickr
Previous article BRITISH FIREWORK CHAMPIONSHIPS 2021