Every new year starts a new animals zodiac year - There are 12 Chinese zodiac animals. In order they are: Rat, Ox, Tiger, Rabbit, Dragon, Snake, Horse, Goat, Monkey, Rooster, Dog and then Pig. This year is the year of the Tiger.

This Holiday is also known as the spring festival - Chinese call there new years holiday 'spring festival' due to the start of spring usually been close to the date of the new year. This is normally decided by the solar calendar. 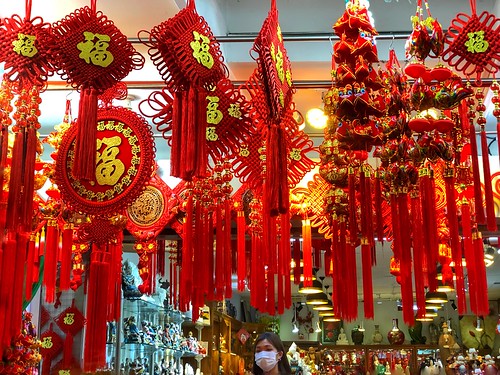 On Chinese New Year people eat auspicious foods - Certain foods are eaten during the Chinese New Year period purely for their symbolic meaning. These include dumplings - eaten because they represent wealth. The more dumplings you can eat, the more money you will make in the coming new year.

The festival is celebrated for 16 days until the lantern festival - Traditionally, the 16 days from Chinese New Year's Eve until the Lantern Festival each had a special celebration activity. On the evening of the 15th day of the first lunar month (February 15, 2022), on the night of the full moon, families gather for dinner and go out and see fireworks and light lanterns. Lanterns are put up for decoration, let loose to fly, and floated in rivers.

Traditionally this period was used for praying to the harvest gods - As China was a largely agrarian society, Chinese New Year was traditionally a time when people prayed to the harvest gods to ensure that their next year's harvest would be fruitful. Today, this has changed but praying still plays a role as remembering your ancestors as a family is one of the more important activities during Chinese New Year.

Billons of red envelopes are exchanged - People in China love the colour red using red envelopes to send good wishes and luck as well as to send money red envelopes are giving out from older to younger from bosses to employees and from leaders to underlings. It’s a special new year bonus.

These envelopes are given out electronically - It is extremely popular to send family and friends red envelopes electronically, something that can be done through WeChat, China's most popular communications app. In the days leading up to Chinese New Year, colleagues will often send each other red envelopes that be small in value but are an important token of appreciation. For someone with a lot of friends and family, the flurry of electronic red envelopes can be hard to keep up with.

Red decorations are everywhere in the run up to Chinese New Year - You might know that red is a very lucky colour in China, representing many positive things such as happiness, beauty, vitality, good luck, success, and good fortune, but did you know that almost everything is red during Chinese New Year? Apart from the red envelopes, decorations, and spring couplets hung up outside people's homes are red. You'll also see lanterns everywhere, as well as red paper cuttings. Paper cuttings will often be representations of the animal of that year, so the Tiger for 2022, the Year of the Tiger.

The festival causes the world’s largest annual migration - For Chinese people, the most important part of the Chinese Spring Festival is to enjoy a reunion dinner with their families on New Year's Eve, even if they must travel long distances. 200 million Mainland Chinese travel long distances for these holidays, and it is estimated that there are 3.5 billion journeys in China. Tens of millions of people travel in other countries too. This makes CNY the largest annual human migration in the world, known as the Spring Festival Travel Rush.

Washing, sweeping, taking out the rubbish are all forbidden - During the Chinese New Year period, there are many superstitions. Washing hair or clothes is not allowed on the first day of the lunar year because it is seen as washing one’s fortune away at the beginning of the year. Sweeping up and taking out the garbage symbolize removing the good luck from the house, so people don’t do that either.

Giving people pears or mirrors is classed as a taboo - There are also many superstitions surrounding gifts that you can and can't give during the Chinese New Year period. Pears, for example, are taboo because the Chinese word for pears ( lí /lee/) sounds the same as the word for leaving or parting ( lí). Mirrors are a terrible gifting idea throughout much of Asia, not just China, as they are believed to attract malicious ghosts. They are also easily broken, and anything that breaks is considered a bad omen. 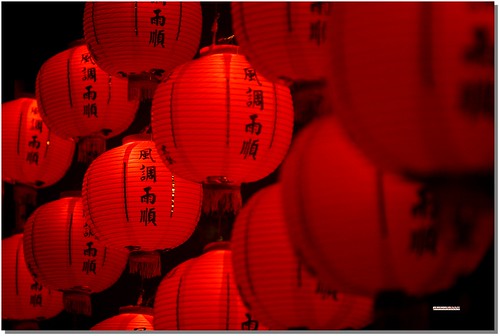 You can give alcohol, tea, toys - Of course, there are plenty of gifts that are great to give at Chinese New Year, depending on who you are giving them to. Friends love receiving things such as tea, tea sets, alcohol, or tobacco, and seniors love receiving scarves, clothing, gloves, and hats (as long as the hat isn't green, because the Chinese for green hat is also a way of saying somebody is jealous).
For kids, apart from the obvious red envelopes, think along the lines of books, toys, or school supplies for Chinese New Year's gifts that are bound to be well-received.

There is the worlds biggest annual fireworks usage during Chinese New Year - Chinese New Year, no single hour in any other country sees as many tons of fireworks lighted as in China around the midnight beginning Chinese New Year. China produces about 90% of the world's fireworks. Fireworks are used to scare evil spirits: Most mainland Chinese believe that the flash and bang of firecrackers and fireworks scare away demons and evil ghosts.

It is now illegal to set your own fireworks of in many cities - As a result of pollution and safety issues, many of China's big cities have banned people from setting off their own fireworks within the city or within certain parameters of the city. The governments are trying to encourage people to attend official fireworks displays instead. Smaller cities also recently have had some forms of restrictions being put on their fireworks. However, many people do not follow these rules and you will see but mostly hear fireworks and firecrackers being set off by everybody starting on Chinese New Year's Eve. In some cities, there is no rest from the constant noise for the entire week, if not longer. 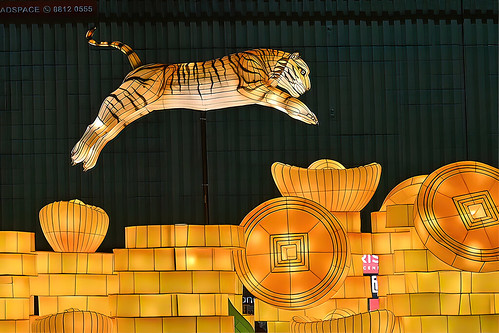 Avoid taking medicine - It is taboo for a person to brew herbal medicine or take medicine on the first day of the lunar year, otherwise, it is believed he or she will get ill for a whole year. In some places, after the bell announcing the New Year at midnight New Year's Day, sickly people break their gallipots medicine pots in the belief that this custom will drive the illness away in the coming year.

No unlucky words - Nobody wants to hear words with negative meanings during the Lunar New Year period. Avoid saying words related to death, sickness, poverty, ghosts, etc. People replace them with euphemisms if they need to talk about such topics, for example saying somebody is gone instead of somebody died.

Don’t eat porridge and meat for breakfast - Porridge should not be eaten, because it is considered that only poor people have porridge for breakfast, and people don't want to start the year "poor" as this is a bad omen Besides, meat should not be eaten at this breakfast out of respect for the Buddhist gods (who are believed to be against killing of animals), as all gods are expected to be out meeting and wishing a happy New Year to each other.

Avoid washing hair and getting a haircut - Hair must not be washed on Chinese New Year’s Day. In Mandarin, hair has the same pronunciation which means to become wealthy. Therefore, it is seen as not a good thing to wash one’s fortune away at the beginning of the New Year. Avoid cutting hair on this day, as it is believed that it might bring misfortune to uncles. It is increasingly popular, however, to have a haircut or get a new hairstyle before Chinese New Year for a new look new wealth in the coming year.

Needlework should not be done - In the past, there was a lot of needlework for women. But they didn't do any needlework, even sewing on a button, from the first day to the fifth day of the first lunar month. Otherwise, they thought the coming year would be a hard year with lots of sewing.

Don’t use scissors or knifes - The blades of the scissors are thought to be like sharp lips when people quarrel. Using scissors on the first day of Chinese New Year is perceived as an invocation for quarrels with others in the coming year.
The use of knives is to be avoided for any accident, whether harming a person or tool, is thought to lead to inauspicious things and the depletion of wealth in the coming year.

No odd amounts of lucky money - Don't give an odd amount of money in a red envelope. Chinese people like even numbers, with the traditional belief that good things always come in doubles. But also avoid unlucky numbers such as 4 and 40, as 4 sounds like death in Chinese.

Avoid breaking bowls/glass/plates - Breaking symbolizes incompleteness and bad luck. Breaking a bowl, plate, glass, vase, or mirror during the Spring Festival is considered a bringer of bad fortune, monetary loss, or family breakup. If something is broken accidentally, people usually use red paper to wrap up the fragments, and then say Sui sui ping’an which means all year round safe and sound.

Avoid lending/borrowing money - Money should not be lent on New Year’s Day, and all debts must be paid by New Year’s Eve, and, if someone owes you money, do not go to his or her home to demand it. Anyone who does so it is said will be unlucky all the year.

Don’t wear damaged clothes - Do not wear clothes that are damaged. If kids especially wear such clothes in the first lunar month, it is said to bring bad luck.