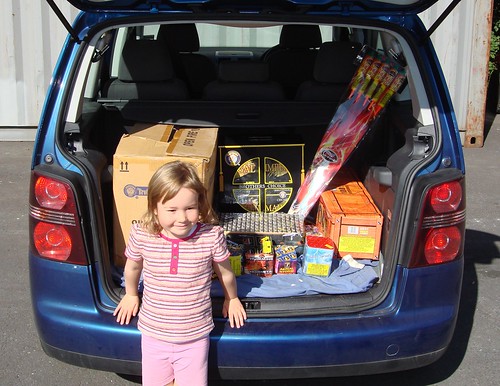 SHOPS in Essex have been praised for refusing underage buyers of fireworks.

The tests were carried out in Basildon, Castle Point, Rochford, Uttlesford, Brentwood, Braintree and Maldon.

Two of the four businesses that failed the test were in Basildon, one was in Braintree and one was in Uttlesford.

All the stores that failed the test purchase were given a warning and were re-tested, with only one failing the test a second time and now facing an ongoing investigation.

Tracey Chapman, county council cabinet member for environment and waste said she was pleased the majority of shopkeepers refused sales, but that the council was determined to continue tests.

She said: “Trading Standards continues to conduct test purchases and advisory visits for all age restricted products throughout the year, and we will not hesitate to take further action against those who ignore our warnings.”

The name Dum Bum is synonymous with loud noise, and lovers of louder fireworks will be very familiar with the brand, ...
Read More
Filed in: england, Essex, Fireworks
Share:
Find us on Facebook Find us on Twitter Find us on Pinterest Find us on Instagram Find us on Tumblr Find us on Vimeo Find us on Youtube Find us on LinkedIn Find us on Flickr
Previous article SOUTHEND’S FIREWORK DISPLAY IS TO MAKE A COMEBACK THIS YEAR!