Eid Celebrations. Epic Fireworks Geared Up For A Mass Influx Of Customers. 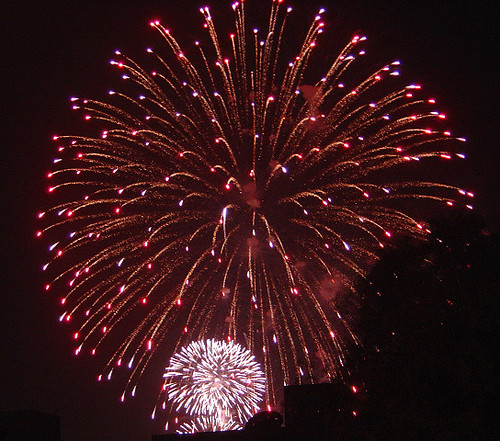 Ramadan is the annual observance of the five pillars of Islam. The month lasts from 29-30 days based on the visual sightings of the crescent moon according to the Hadith. Whilst fasting from Dawn until Sunset, Muslims must not eat, drink or engage in sexual relations.

The end of the Islamic Holy month of fasting, Ramadan, is almost here and the preparations are set to begin. In Islamic teachings, Eid Ul-Fitr is the festival that marks the end of Ramadan and is taken from the Arabic for ‘festival of charity’ celebrating the end of 30-days of fasting.

There is a speech at the Mosque followed by Khutbah and then the Imam will lead the gathering in prayer before he declares Eid Ul-Fitr and all the members of the Mosque embrace and declare the celebrations to begin.

Typically, Muslims wake up early in the morning—always before sunrise— offer Salatul Fajr (the pre-sunrise prayer), and in keeping with the traditions of the Prophet Muhammad clean their teeth with a toothbrush, take a shower before prayers, put on new clothes (or the best available), and apply perfume.

It is forbidden to fast on the Day of Eid. It is customary to acknowledge this with a small sweet breakfast, preferably of the date fruit, before attending a special Eid prayer (known as salaat). Muslim’s believe that they are commanded by God as mentioned in the Quran to continue their fast until the last day of Ramadan and pay the Zakat and Fitre before completing the Eid prayer.

Eid celebrations carry on for anything from 2-4 days (depending on where in the World you are) including eating lots of sweets and deserts including Baklava and Ka’ak which is a ring of bread covered in sesame seeds. In large ethnically Muslim areas, schools and local businesses often grant exemptions to the Muslim community in consideration of this holiday, allowing them to take days off.

This year, many of the competing Olympians are followers of Islamic teachings but it would be impossible for them to stay in peak condition and maintain the fast so special dispensation was given to allow them to postpone their fast until later in the Year.

In large ethnically Muslim areas, schools and local businesses often grant exemptions to the Muslim community in consideration of this holiday, allowing them to take days off.

Here in Yorkshire, we have a number of sizeable Muslim communities but non more so than Bradford where the excitement is building as shopping gathers pace for new outfits, the greetings cards and any number of clothing and traditional food outlets adding to the celebratory atmosphere. Eid lights are hung in the City Centre and various other prominent areas. Their colourful display lights up the night and the festivities are accentuated by the holiday atmosphere. The lights will remain until they make way for Christmas lights, when the good food, shopping and diversity translates equally well, and all this makes Bradford the place for having a celebration.

Whatever your beliefs, I am sure you will join us in wishing Eid Mubarak to everyone in Bradford and other cities around the UK joining in the celebrations.

If you are having a party and would like to include some fireworks, come along to see us. We are open 7-days a week, 362 days of the year and will certainly have something to suit every pocket.

A hidden gem of a game is available on Steam for PC. If you are a fan of Pyro, and want to put on crazy, funny, intri...
Read More
Filed in: Eid Celebrations, Epic Fireworks, Ramadan
Share:
Find us on Facebook Find us on Twitter Find us on Pinterest Find us on Instagram Find us on Tumblr Find us on Vimeo Find us on Youtube Find us on LinkedIn Find us on Flickr
Previous article THE HISTORY OF SKY LANTERNS