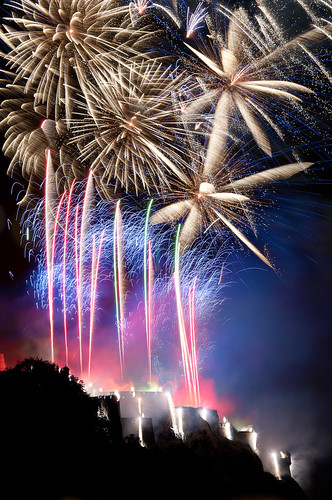 Here at Epic, we keep our eyes peeled for all that is firework related and the Edinburgh International Festival is one of the biggest summer firework events in the UK annually.

For a number of years, Edinburgh have held the festival beneath their Castle with music provided by the Scottish Chamber Orchestra. There have been some concerns in regards to the funding for the spectacular fireworks show but thanks to Virgin Money the organisers can breathe easily for the next 2 years. The show will feature more than 100,000 fireworks being fired off Edinburgh Castle Rock will cost Mr Branson around ¼ million pounds annually. The sponsorship deal is one of the biggest of its kind involving the Arts in Scotland.

This event which has been a massive crowd-puller since 1982 will once again be part of the summer scene until 2014 when the main event organiser, Jonathan Mills plans to hand over the baton to someone else who will now have the added task of gaining funding too.

The 45-minute Festival Fireworks will take place on 1st September 2013 and will mark the end of the festival which runs from 9th August 2013 and tickets for all the events are widely available but seats for the concert are limited so book early. The concert itself is being broadcast on the radio so if you can get a decent vantage point, you can see the fireworks and listen to the concert for free!!

Around this time of year, fireworks are in high demand for obvious reasons, Guy Fawkes/Bonfire Night being the main r...
Read More
Filed in: edinburgh, Edinburgh International Festival, Fireworks, scotland, Virgin Money
Share:
Find us on Facebook Find us on Twitter Find us on Pinterest Find us on Instagram Find us on Tumblr Find us on Vimeo Find us on Youtube Find us on LinkedIn Find us on Flickr
Previous article FIREWORKS CHAMPIONS AT NEWBY HALL