Do Not Let The Colour Thief Steal Our Guy 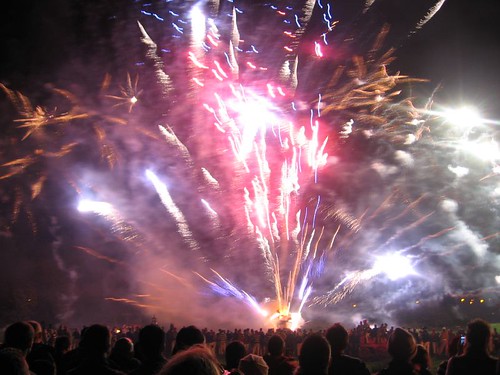 This was a fascinating piece which appeared recently in the newspaper covering Lewes in East Sussex.

Southwark Council are proposing to re-brand their traditional November 5th Guy Fawkes firework party to something called ‘The Colour Thief … a celebration of the changing of the seasons’.

In Lewes it is said that they take Guy Fawkes and his treasonable 9/11 style plot to dispose of the entire establishment – King, Lords and the whole of Parliament – at one fell stroke most seriously, in fact, very seriously indeed.

Across the centuries, since the failure of the Gunpowder Plot failed in 1605, we have celebrated his punishment for his treasonable acts with fantastic bonfires and firework displays. The town of Lewes (and neighbouring towns and villages in Sussex) comes alive with residents rattling their collection tins to receive donations to pay for the considerable cost of staging six massive bonfires at strategic sites around the town.

As Autumn approaches, the town comes alive with people attired in various outfits from smugglers, roman centurions, red Indians, Tudor maidens and other such exotic guises. They parade the streets of Lewes oblivious to the Heath and Safety risks carrying burning torches and wooden crosses and throw deafeningly loud bangers at the feet of the gathering crowds - All this to the deafening crescendo of rockets being launched into the skies above them.

The night reaches its climax with firework filled effigies of perceived wrong doers over the centuries like Tony Blair, Osama Bin Laden or an overly officious Police Chief or two, being launched into the powerful flames to an explosive and fiery end. (no-one could accuse bonfire night in whatever guise it takes of being politically correct so why start now!)

What has to be considered is that Lewes also celebrates a local event: the burning of 17 men and women in the town centre known as the Protestant Martyrs in the reign of the Catholic Queen ‘Bloody’ Mary in the 1550’s. Over the centuries the gunpowder plot and the celebration of the protestant martyrs has become one in Lewes and the commemorations however much they mirrored an Orange Order parade slowly evolved into a folk festival which has shed its original sectarian roots in favour of being a simple celebration of the end of the summer, as in pagan Briton.

In reflection, what we all have to remember is that Guy Fawkes was essentially a terrorist with a religious and political agenda which he planned to blast into oblivion his fellow countrymen in the name of Catholicism.

We do hope that the no-chinned Liberals leave well alone the celebration in Lewes and Sussex as a whole which has gone on for 405 years without their input and will continue to do so we hope in the name of the foiling of the Gunpowder Plot and the name of the Protestant Martyrs who lost their lives in the name of religious belief.

Every year around the world, people gather to watch the clock tick over from 11:59pm on December 31st, to 12:00am on ...
Read More
Filed in: Guy Fawkes, Southwark Council
Share:
Find us on Facebook Find us on Twitter Find us on Pinterest Find us on Instagram Find us on Tumblr Find us on Vimeo Find us on Youtube Find us on LinkedIn Find us on Flickr
Previous article THE HISTORY OF SKY LANTERNS