During the coronavirus pandemic the rainbow has become a symbol of support for people wanting to show solidarity with NHS workers and although we are sure that you have all seen rainbows appearing in windows and public places none of you will have seen a rainbow quite like this one!

Firework enthusiast and YouTuber Dusky Fuse has managed to create what is quite possibly the most fantastic rainbow of fireworks we have ever seen and he achieved this by firing 10 of our Moving Target fanned barrages simultaneously. 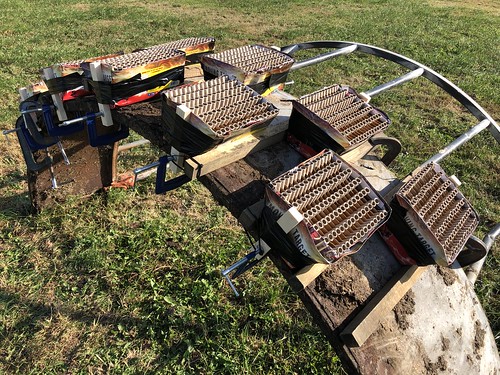 Speaking to Craig he said, "I wanted to celebrate hitting 300 YouTube subscribers and as my channel is firework specific knew I would need to fire multiple fireworks if I wanted to achieve the ultimate spectacle. Whilst driving one day I couldn't help but notice rainbows that people were proudly displaying in their windows, it was at this point the idea to create an arch of fireworks was born. Half of a cattle feeder proved to be the ideal structure from which to light the fireworks and having had Moving Target in the past I knew it was a visually exciting firework which would lend itself well to the project. I purchased 10 of the barrages and prepared them for instant ignition using e-matches, this way I was able to simply press a button and watch all 10 cakes fire simultaneously. I knew the celebration would be impressive but in reality the effect was truly staggering and took me by surprise! Having such an interest in fireworks I have seen lots of great pieces but the peacock effect given by mass-firing 10 Moving Targets is a sight that will stay with me forever." 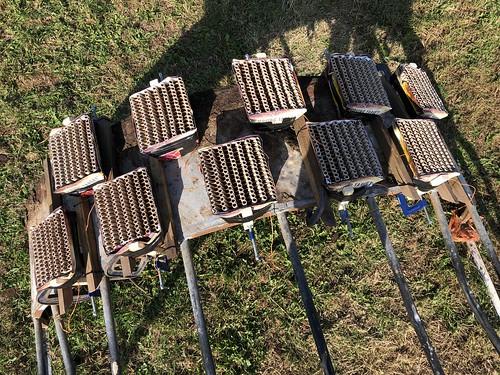 Craig is an Epic regular and has many other Epic specific YouTube videos on his channel. We would love to show him our support by inviting you to like his page and together we can continue to showcase some simply fantastic firework projects just like this one. 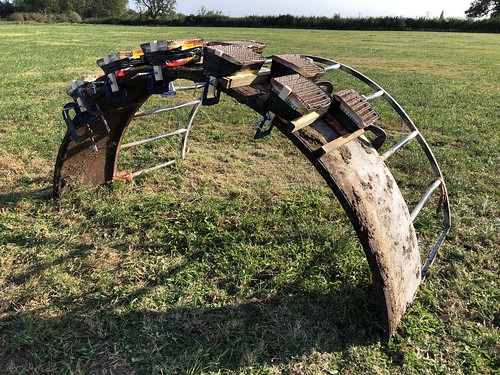 Please follow the Dusky Fuse YouTube channel and let's go one better for the next milestone! Check out the video below :)

There is nothing more spectacular than watching a firework display which has been perfectly designed to music. That s...
Read More
Filed in: DIY Peacock Effect, Dusky Fuse, Moving Target
Share:
Find us on Facebook Find us on Twitter Find us on Pinterest Find us on Instagram Find us on Tumblr Find us on Vimeo Find us on Youtube Find us on LinkedIn Find us on Flickr
Previous article AUTUMN LIGHTS RETURNS!