Diwali On The Square 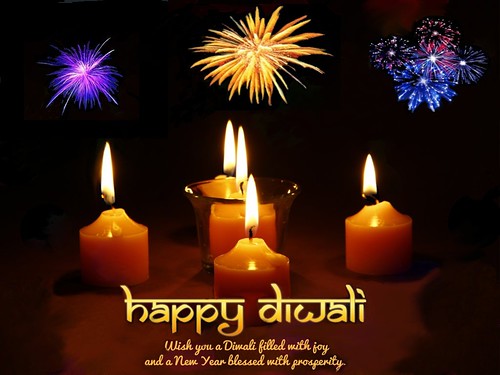 The people of London are being invited along to one of India’s biggest celebrations of the Year, Diwali.

The very heart of London, Trafalgar Square will be an array of light and colour as the celebrations for Diwali take hold. The celebrations will include light displays, colourful decorations and a mixture of dancing in both contemporary and traditional Indian styles. This year’s event plans to offer everyone the chance to take part in a traditional circular dance known as the garba accompanied by live music.

2012 marks the 11th anniversary of the free Trafalgar Square festival where you can expect even more glitz and glamour than ever before. The festival celebrates the coming together of Hindu’s Sikhs and Jains together with those of all manner of different faiths to celebrate this beautiful event.

With Diwali having such strong religious significance to many people living in and around London and the rest of the UK, there will be prayers for peace and other special messages which will be shared by crowds present at the event, in traditional style in offering thanks and celebrating good over evil.

The word Diwali (or Deepavali) means 'row of lamps', and it is common to see lamps during the five-day festival as the light symbolises the arrival of Lord Rama as he liberates Queen Sita and quashes the evil Ravana.

There are similar celebrations around the UK but none more spectacular than those at the heart of the Golden Temple at Amritsar. The tradition of lighting up the temple started in 1619 when the temple was illuminated with lots of lights to welcome home and celebrate the release of Guru Hargobind from imprisonment in Gwalior fort. Sikhs have continued this tradition since. Fireworks displays are commonplace in the late evening after prayers of thanks have been offered.

Here are a couple of the fireworks displays:

WHAT: La Merce Festival 2023WHY: Celebration of Barcelona’s patron saintWHEN: 21st – 26th September 2023WHERE: Barcel...
Read More
Filed in: 2012, Diwali, india, London, London Square, Square, Trafalgar Square
Share:
Find us on Facebook Find us on Twitter Find us on Pinterest Find us on Instagram Find us on Tumblr Find us on Vimeo Find us on Youtube Find us on LinkedIn Find us on Flickr
Previous article SOUTHEND’S FIREWORK DISPLAY IS TO MAKE A COMEBACK THIS YEAR!