WHAT: DIWALI 2019 (FESTIVAL OF LIGHTS)
WHERE: CELEBRATED ALL OVER INDIA, ASIA & CELEBRATED ALL AROUND THE UK
WHEN: SUNDAY 27TH OCTOBER 2019
COST: FREE EVENT

Diwali is known by many names including the festival of lights, the festival of lamps, Deepavali plus many more. This is a religious festival which is mainly celebrated by Hindus, to mark the return of Lord Rama who defeated the demon lord and returned to the village after 14 years in exile. The festival is also observed by Sikhs, Jains and some Buddhists, but for these religions, the celebrations are inspired by different historical or mythical events. All Diwali festivals represent similar victories and symbols of knowledge over ignorance, light over dark and good over evil.

The date of the festival tends to change year upon year as the main festival of lights takes place during the darkest night in the month of Kartik (which is the 7th month of the Bikram Sambat calendar) which runs from 18th October to 15th November.

Widely celebrated over Northern, Eastern and Western India, the significance of Diwali varies regionally; the preparations and rituals for the festival typically last 5 days and the climax and main day for the celebration is on the third day.

Houses, temples, and workplaces are decorated with thousands of lights known as ‘diyas’ along with colourful garlands. Another traditional part of the celebrations is firecrackers, bonfires and of course our favourite fireworks. The Diya’s are the small clay receptacles that contain oil. The oil is said to represent all the bad of humankind; greed, avarice, jealousy, hatred and lust and the cotton wick represents the soul, which by burning the body and spirit are cleansed.

As well as across India, today you will see Diwali celebrated in several towns and cities across the UK like Belfast, Edinburgh, Leicester, and London. One of the biggest celebrations outside of India takes place in the UK City of Leicester. Attracting crowds of over 35,000, people of all faiths head to the heart of the City on Belgrave Road to witness and take part in a street party like no other. 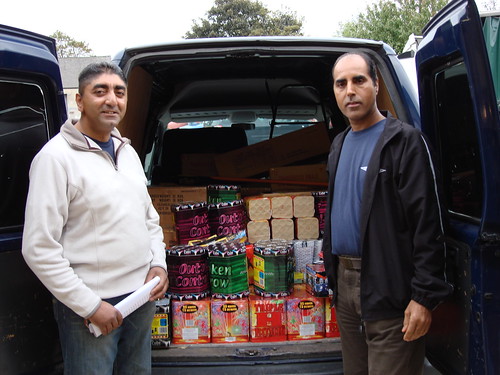 The light switch on brings the aptly named golden mile to life as over 6,000 lights twinkle against the night sky. during the daytime there is a buzz in the air as Bollywood dancers roam around, the streets are lined with colourful stalls of jewellery and clothing, or why not tickle your taste buds and indulge in some of the best food on offer from the country’s finest Indian restaurants. Witness the spectacular fireworks display lighting up the skies above the golden mile bringing the Diwali celebration to an end with a bang.

Alternatively, if you fancy having a Diwali celebration of your own, why not visit our website and take look at the fantastic packages and Diwali fireworks we have on offer.

1. 90% of fireworks originate from China.2. The earliest fireworks were invented more than 2000 years ago.3. King Hen...
Read More
Filed in: 2019, Diwali, FESTIVAL OF LIGHTS, Fireworks
Share:
Find us on Facebook Find us on Twitter Find us on Pinterest Find us on Instagram Find us on Tumblr Find us on Vimeo Find us on Youtube Find us on LinkedIn Find us on Flickr
Previous article EPIC VERSUS THE GLOBAL SHIPPING CRISIS