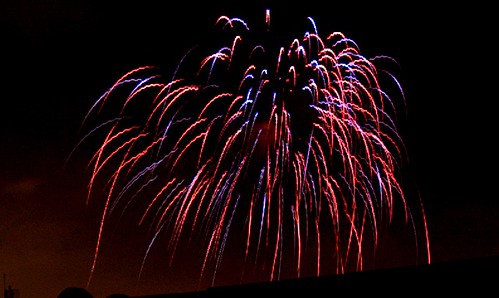 Sunday 3rd November marks Diwali 2013 which is a 5-day Hindu Festival celebrated by Hindu’s, Sikhs and Jains. Otherwise known as the Festival of Lights, it is a time of huge celebration in the Indian community.

The main places to see the majority of the celebrations are in London’s Southall, Birmingham and Leicester where the biggest concentration of Indian’s live in the UK.

The events in London and Leicester are massive draws for the crowds as over 30,000 descended on London last year to join in the party. The majority of the population around Leicester are Gujarati who is mostly vegetarian so the food will reflect this but that said, the one thing they know how to do well is beautiful vegetarian food (try the aubergine curry – beautiful) and of course, lots of beautiful sweets, which bring a whole new meaning to sweet.

There will be a full array of contemporary and traditional dancing and music from professionals alongside representatives from schools and community funded organisations. Of course, no self-respecting event would be complete without fireworks and they will be there in force as will plenty of beautiful food and drink concession stands.

Thousands of lights called ‘diva’ are lit to celebrate the search for peace and self-enlightenment. Diwali is a great opportunity to sit back and look at the wonderful things you have in your life.

For Sikhs, the story of Diwali is one of a struggle for freedom. It all started with Guru Har Gobind Singh who was imprisoned along with 52 Hindu kings in the Gwalior Prison for taking up arms to defend himself where he refused to eat the food as it was not ‘earned by honest labours’. Concerned for his welfare, he was eventually encouraged to eat simple fayre. In light of his effects on the other prisoners, Jahangir insisted on his release. However, Har Gobind Singh was happy where he was and was worried about his fellow prisoner’s welfare and refused to leave without them. Jahangir said that the imprisoned kings could leave only if they could hold onto Guru Har Gobind Singh’s robes. So, he had a robe created with 52 khalia (tassels) attached so that the Raja’s could walk free, void of humiliation.

The release of Guru Har Gobind Singh coincided with the celebrations for Diwali which is the main reason Sikhs celebrate and to this day the entire Golden Temple at Amritsar is lit up in continued recognition of his freedom.

If you do get the opportunity to pop along to any of the celebrations you can expect a warm welcome, great food and above all the bright lights and spectacle that is the Diwali Celebrations.

Mine cakes are a harder to find, seldom seen, firework which unlike traditional mines are made up of multiple tubes a...
Read More
Filed in: Diwali, Diwali 2013, Epic Fireworks, epicfireworks, festival of light, Fireworks, Sikh
Share:
Find us on Facebook Find us on Twitter Find us on Pinterest Find us on Instagram Find us on Tumblr Find us on Vimeo Find us on Youtube Find us on LinkedIn Find us on Flickr
Previous article AUTUMN LIGHTS RETURNS!