The lead up to bonfire night is a time of joy and merriment for most around the UK. Guy Fawkes Night and the celebrations with bonfires and fireworks have been a part of British Culture for over 400 years.

However, not everyone has fun during the Guy Fawkes night period. Yobs using fireworks in residential areas and shops selling fireworks to under 18's are being targeted and police patrols alongside community warden patrol teams are being set up in known trouble areas and hot spots.

Coun Joanne Bell, a lead member for innovation and safer and stronger communities, said: "To some people, the approach to Halloween and Bonfire Night is a time of fun and excitement. But it's also an extremely hazardous time of year, and what is fun for some can cause misery to others. 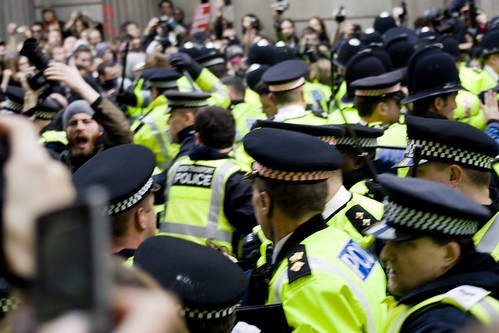 "We were delighted with the success of last year's Darker Nights campaign, which saw a reduction in the crime and disorder, which traditionally happens at this time of year.

"Once again, we will be working with our partners to take a pro-active approach to tackling problems. This way we can deal with them early, or even prevent them from happening in the first place."

As part of the campaign, which runs until November 30, firefighters will visit schools across South Tyneside to warn of the dangers of bonfires and fireworks.

Group Manager Chris Lowther at Tyne and Wear Fire and Rescue Service said: "The run-up to Bonfire Night is one of our busiest periods and we want everyone to have a safe and enjoyable time.

Everybody has the right to a safe and enjoyable Bonfire Night without fear or anxiety. Fireworks should be fun for everybody, and anyone who does not like them should not be forced to endure dangerous behaviour from irresponsible youngsters.

The Darker Nights Campaign is helping to cut down on yobbish behaviour and who can argue with something that could have been renamed "Operation ChavStop".

Local resident Sara Hall said: "well it is frightening, young kids setting off bangers, fireworks banging all night long, it's not right. It can be frightening for older people".

WHAT: Fireworks, bonfire and loads of entertainment!WHY: A brilliant event full of shows, food trucks, warm drinks, a...
Read More
Filed in: bonfire, Fireworks, guy fawkes night, UK
Share:
Find us on Facebook Find us on Twitter Find us on Pinterest Find us on Instagram Find us on Tumblr Find us on Vimeo Find us on Youtube Find us on LinkedIn Find us on Flickr
Previous article BRITISH FIREWORK CHAMPIONSHIPS RESULTS 2021