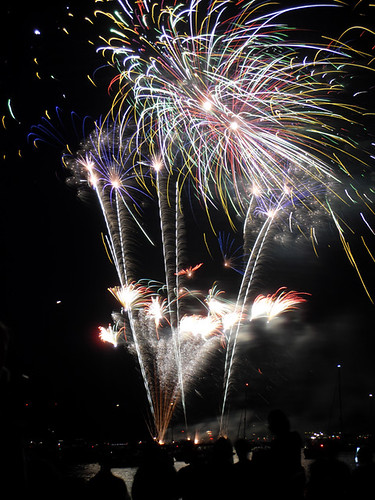 From the very earliest days of the Cowes Week celebrations, fireworks have formed an intrinsic part but over the years the final Friday Fireworks display has been repeatedly under threat because of funding and zoning issues etc.

The organisers are therefore delighted to confirm that following on from a number of meetings of the Cowes Fireworks Committee, they have taken on one of THE biggest and well-known display fireworks specialists Pains Fireworks in an attempt to re-establish the tradition of ‘Counting Fireworks’ of yesteryear.

This will not be the first time Pains have been at the forefront of Cowes Week fireworks as the ledger records from Cowes detail payments to Pains as far back as 1862. With the company’s history daring back to the 15th century, they are one of the longest established firework companies in the World today.

This year’s display, to be held on Friday 9th August will see the event include audience participation as they count along with a special series of fireworks.

Whatever the outcome, we certainly hope that the new organisers have set up a plan which will carry on for many years to come with many thousands of spectators being given the opportunity to enjoy the brilliant fireworks on offer.

Scheduled to be the 22nd running of the FIFA World Cup competition and for the first time in the events history, taki...
Read More
Filed in: 2013, Cowes, Cowes Fireworks 2013, Cowes Week, firework, Fireworks, Pyrotechnics
Share:
Find us on Facebook Find us on Twitter Find us on Pinterest Find us on Instagram Find us on Tumblr Find us on Vimeo Find us on Youtube Find us on LinkedIn Find us on Flickr
Previous article INSTANTLY LIGHTING OVER 10 KILOS OF EPIC FIREWORKS