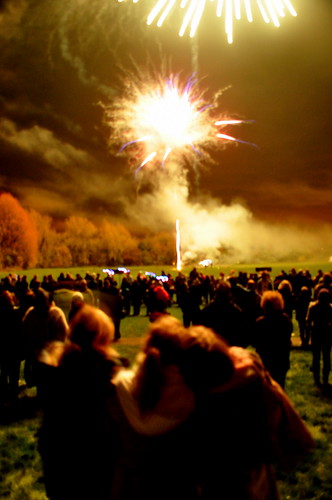 The town of Cirencester is planning to hold a fireworks extravaganza in recognition of the 60-year reign of our sovereign Queen Elizabeth II. However, at the moment the display is in jeopardy all thanks to a mother swan and her signets.

The display, scheduled to be held at the Abbey Grounds Lake as part of the closing ceremony of the weekend of Jubilee celebrations on June 4th, was to be held at the lakeside but the event has already come under fire when the licensing committee ruled that the Health and Safety Plans were insufficient.

Even when reviewed, if the previous points have been addressed, the Wildlife and Country Act 1981 clearly states that it is an offence to disturb birds that are either nesting or looking after young. Many of the birds around the lake will have just hatched their young and a firework display could terrify the swans or other parent birds and could result in trampling of a number of young.

The council confirmed that they are looking into the concerns raised and will take their position into consideration when liaising with the organisers of the event and particularly the fireworks display.

An awesome new pack has just dropped here at EPIC fireworks! via GIPHY A marvel fans dream come true, this Avengers ...
Read More
Filed in: Cirencester, Cirencester’s, Fireworks, fireworks display, jubilee
Share:
Find us on Facebook Find us on Twitter Find us on Pinterest Find us on Instagram Find us on Tumblr Find us on Vimeo Find us on Youtube Find us on LinkedIn Find us on Flickr
Previous article TAMWORTH FIREWORK DISPLAY BACK WITH A BANG