Party goers in Perpignan in France had a nasty surprise at some new health and safety rules this Bastille Day.

The yearly Fire Run event which attracts thousands of spectators and participants was unable to enjoy the usual frantic firework fun as bureaucratic Brussels decided that there should be a 15 Metres (that's about 50 feet imperial) gap between the crowd and the pyro.

The tradition is for Catalonians dressed like devils and demons to run amok with their fireworks.

Stephane Martin is from the Catalan Devils and Demons Federation, he went all the way to Brussels on Wednesday to personally protest against the safety regulations and to ask for a special cultural exemption. Spain already has said exemption but the far smaller Catalan population in France is having to battle hard to win the right to be dangerous with fireworks.

Oriole Junqueras, a Spanish Catalan MEP, has taken up the cause in France. "We have been doing this for centuries without danger or injuries. Our traditions are under threat," he said 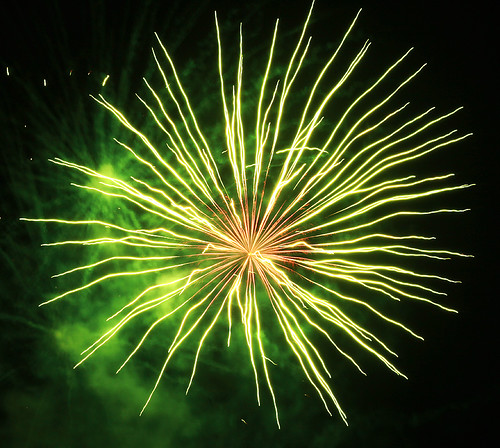 We all understand the need to be safe with fireworks and it is important to ensure the safety of people at such events. However, the events have been going on for longer than anyone who attends them has been alive. Surely anyone who goes should understand any risks they are taking and make their own decision whether to go or not.

Tradition has to be preserved, it is part of the culture and important to make a community feel like a community. We hope a happy compromise can be reached and the Catalan people can enjoy their traditions.

The opening ceremony of the Winter Olympic Games has finally begun in Beijing, China.A beautiful firework display com...
Read More
Filed in: brussels, Fireworks, Perpignan, Safety
Share:
Find us on Facebook Find us on Twitter Find us on Pinterest Find us on Instagram Find us on Tumblr Find us on Vimeo Find us on Youtube Find us on LinkedIn Find us on Flickr
Previous article BUYING FIREWORKS AS A GIFT