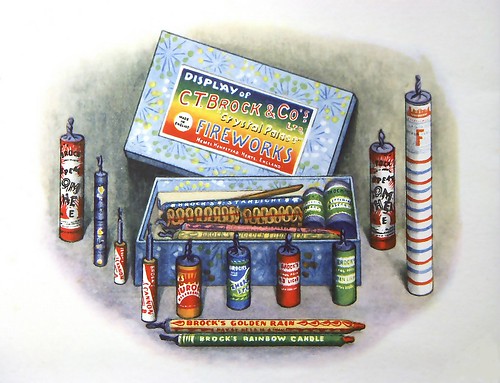 Brock's Fireworks were founded in Islington, London in 1720.

This picture must be post-1910 as they move to the new offices in Hemel Hempstead around this time and then moved again in 1971 when it moved again to Swaffham, Norfolk as a second outlet in Dumfriesshire.

Brock's made fireworks for over 270 years before the business was bought up by Standard Fireworks. Shortly thereafter, the whole kit and caboodle was bought by Chinese company Black Cat Fireworks.

Brock's has recently re-launched back under their original name.

Here at Epic we celebrate all cultures and celebrations and Chinese new year is no different so here are some facts y...
Read More
Filed in: Brock's Fireworks Poster, firework poster
Share:
Find us on Facebook Find us on Twitter Find us on Pinterest Find us on Instagram Find us on Tumblr Find us on Vimeo Find us on Youtube Find us on LinkedIn Find us on Flickr
Previous article EPIC VERSUS THE GLOBAL SHIPPING CRISIS