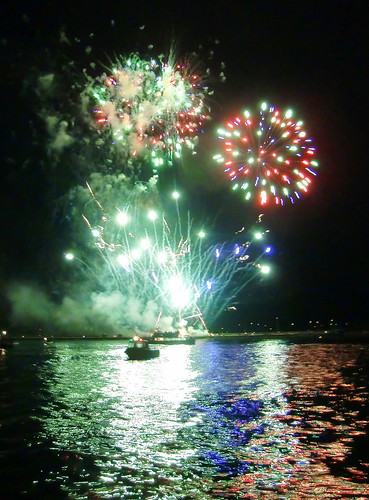 Once again this year, Plymouth will play host to the British Firework Championships 2012.

The event is due to take place on Tuesday 14th and Wednesday 15th August 2012 and the line up is as follows:

The event can be viewed from Plymouth Hoe with the entertainment due to get underway from 6:00pm with live music, fairground and a variety of concessionary stands and refreshment stalls.

The displays are due to get underway from around 9:30pm on both the Tuesday and Wednesday as dusk descends.

If you are staying in Plymouth for the full event, during the day you will also find a wide range of things to do and see, from boat trips around the famous Naval Dockyards to visits to some of the City’s tourist attractions, including the National Marine Aquarium.

WHAT: Flamborough Fire FestivalWHY: New Year CelebrationsWHERE: The Festival Arena is situated at Mereside, Flamborou...
Read More
Filed in: British Firework Championships 2012, firework, Plymouth Hoe, Pyrotechnics
Share:
Find us on Facebook Find us on Twitter Find us on Pinterest Find us on Instagram Find us on Tumblr Find us on Vimeo Find us on Youtube Find us on LinkedIn Find us on Flickr
Previous article FIREWORKS CHAMPIONS AT NEWBY HALL