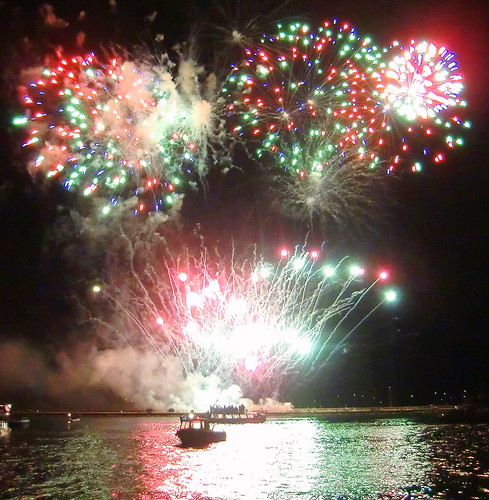 This year’s event will be different as they all compete for the title, Champion of Champions. Taking place on 14th and 15th August 2012 in Plymouth, this is one not to be missed.

The winners from the last six years will all return in the hope of becoming the Champion of Champions 2012. They are (in winning order):

The firework display teams will fire as follows:

As some of you may be aware, Jubilee Fireworks were the last winners of the Champion of Champion Trophy in 2006.

You can vote for the best by SMS and win up to £500.00 worth of fireworks. For competition rules and advice on how to do this, please go to the official website: http://www.britishfireworks.co.uk

The City of Plymouth and its Hoe will once again see the magic of some of the countries finest firework display teams. Following on from previous year’s events, this is likely to be the biggest and best to date.

Click here to read about the British Firework Championship from 2011.

In honour of the country celebrating its 92nd National Day, a spectacular series of events lasting 10 days in total w...
Read More
Filed in: British Firework Championships 2012, Fireworks
Share:
Find us on Facebook Find us on Twitter Find us on Pinterest Find us on Instagram Find us on Tumblr Find us on Vimeo Find us on Youtube Find us on LinkedIn Find us on Flickr
Previous article BRITISH FIREWORK CHAMPIONSHIPS RESULTS 2021