Fancy four days of fun, frolics and fireworks amongst some of the most incredible hot air balloons in the World? Then get along this year to the Bristol International Balloon Fiesta held annually in the beautiful grounds of the Ashton Court Estate in Bristol. The event is FREE to attend and the only thing you will have to pay for is the parking on site which can be quite pricey but there is a park and ride facilities around about. 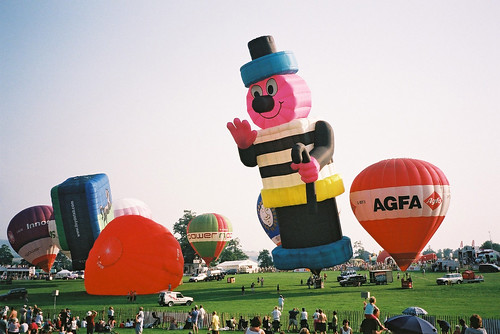 There will be up to 150 hot air balloons of all manner of different shapes and sizes along with the usual inverted teardrop. Some of them over the years have been Minions, Bertie Bassett, Smurfs, Donald Duck and even Darth Vader and Yoda to name just a few.

The mass assent which sees up to 100 hot air balloons from across the world take to the skies at an eye-rubbing 6am on a Friday morning and again at 6pm each day.

The venue is an 11th century estate boasting 850 acres of woodland and grassland. There are lots of places of interest locally including the Cheddar Gorge, the City of Bath which is one of the oldest inhabited areas in the UK. The Romans built the ‘Baths’ in the 1st century AD. There is also Bristol Zoo and the beautiful 12th century Bristol Cathedral which started out as St Augustine’s Abbey back in 1140 and is still as impressive today as it would have been back then. 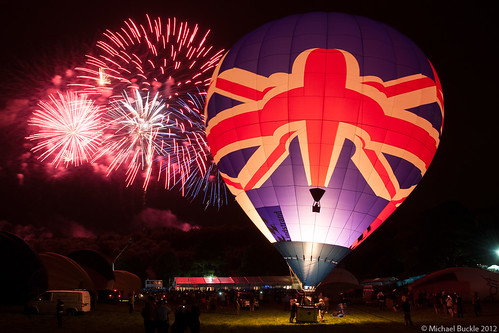 You can camp nearby as there are a couple of sites with pre-pitched tents and caravans for the event (like a poor man’s glamping) and others for visitors with their own tents/caravans or motorhomes.

Pack your snacks, camera and a blanket and get yourself settled in for one of the world’s biggest hot air ballooning events. There are food and drink concessions on site but they are pricey so if you are going, just remember that you are able to take along disposable BBQ’s and your own picnic to avoid the hiked prices. There are fairground rides, food and beverages stalls, trade stands, model aeroplanes and numerous other trade stands to keep you entertained.

The most popular event of the weekend is the Nightglow with fireworks of course. The fireworks are under the care and expertise of Skyburst Fireworks who are one of the UK’s premier professional pyrotechnic teams and they will be set off to music provided by local radio station Heart FM. During the Nightglow, the balloons are inflated whilst tethered, and the pilots ignite their burners so that their balloons glow in time to the music before the fireworks fill the skies.

FACT: Japan produces some of the world's biggest and best fireworks, including record-breaking monster-sized shells l...
Read More
Filed in: bristol, Fireworks, INTERNATIONAL BALLOON FIESTA
Share:
Find us on Facebook Find us on Twitter Find us on Pinterest Find us on Instagram Find us on Tumblr Find us on Vimeo Find us on Youtube Find us on LinkedIn Find us on Flickr
Previous article EPIC VERSUS THE GLOBAL SHIPPING CRISIS