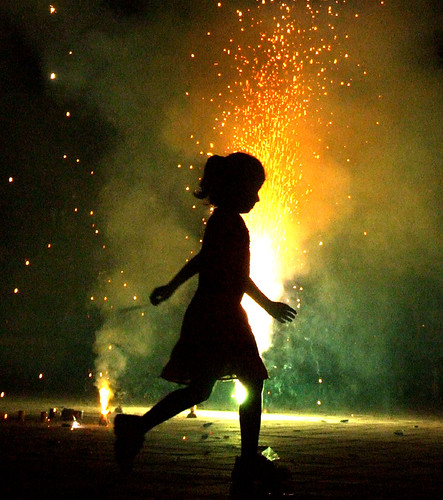 Brent's Diwali celebrations, organised by the local authority, are the highlight of the borough's festival calendar and take place in October. Diwali, also known as the Festival of Lights, marks the start of the traditional Indian New Year and is one of the most important celebrations for the Hindu, Sikh and Jain communities. It also attracts people from all faiths and backgrounds. Brent's 2008 Diwali celebrations attracted 35,000 people and was named the biggest Diwali celebration in London. For 2009, the council wanted the event to be the biggest and best to date.

- To raise awareness of the event

- To promote Brent as a borough that celebrates diversity.

Many Diwali celebrations take place in the UK, meaning it was essential to create a point of difference. PR activity focused on the location of the start of the celebrations - the new Shree Sanatan Mandir Temple in Wembley, which had not been opened to the public.

The PR team also emphasised that Brent is one of the few local authorities to have a parade, with floats, costumed dancers, musicians, fireworks and laser show.

Local press and ethnic press were targeted and increased effort was put into engaging with national press and listings publications. To appeal to a wider audience, the event was billed as an opportunity to learn about and celebrate Hindu culture, and the visual aspect of the event was strongly emphasised.

Brent Council used its own communications outlets, with stories appearing on the intranet, the council website and social media sites such as Twitter and Facebook, as well as in the council's magazine and staff magazine.

About 10,000 brochures were designed and 70 advertising boards were placed in key locations around the borough.

A banner was produced and displayed at the new temple two weeks before the event. TV channel Zee TV was recruited as a media sponsor, giving coverage before and after the event.

The festival was named critic's choice in Time Out magazine and was covered by the BBC Asian Network. It also appeared in ethnic, industry and local media, and on listings websites.

The event won the Festivals Award and the Cultural and Arts Award in the International Visual Communications Livecom Awards 2009.

The awards celebrate creativity and excellence in live events and experiential marketing.

Principal sponsor Lebara Mobile has subsequently pledged its support for the council's next festival. Brent Council now holds the crown for the biggest Diwali celebration in the UK.

Scheduled to be the 22nd running of the FIFA World Cup competition and for the first time in the events history, taki...
Read More
Filed in: Diwali, Fireworks
Share:
Find us on Facebook Find us on Twitter Find us on Pinterest Find us on Instagram Find us on Tumblr Find us on Vimeo Find us on Youtube Find us on LinkedIn Find us on Flickr
Previous article THE HISTORY OF SKY LANTERNS