While the 4th of July for most Americans means a family BBQ and maybe a trip to the nearest city centre for the evening fireworks display, some cities around the country make such a special effort on Independence Day that it’s worth a special trip to be a part of the festivities.

If you’re lucky enough to live near one of these big parties, that’s great for you - but if you live in a different part of the country that doesn’t mean you’re stuck reading about them in the paper the next day.

The 4th of July may not be the first holiday that comes to mind when you think about flying off somewhere for a vacation, but you don’t have to be a pyromaniac to use a killer fireworks display as the reason to take a trip. Especially since most of the places listed below are well worth a visit anyway.

Here are the best places to go for 4th of July fireworks and celebrations. 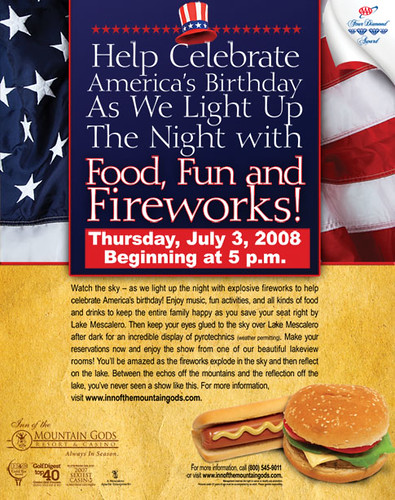 There’s nothing to compare with being in the nation’s capital on the nation’s birthday. The annual celebration, called “A Capitol Fourth,” includes a huge parade down Constitution Avenue and a free evening concert on the Capitol Building’s West Lawn. And the fireworks that night? They’re over the Washington Monument. Yeah, this one’s tough to beat for national pride. 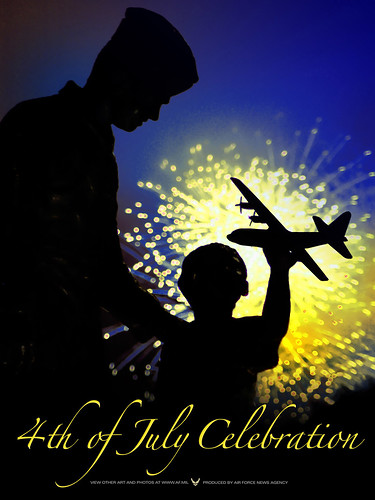 Boston doesn’t limit its July 4th party to one day - in fact, the holiday gives Bostonians the ideal excuse for a week-long party (and you’re welcome to join in!). Some of the things going on in Boston around Independence Day aren’t just for the 4th of July, but they make it easy to continue your celebrations non-stop. Among the festivities running through July 4th are Boston Harborfest, Boston Chowderfest, and a free concert by the Boston Pops Orchestra. The concert and fireworks are centred along the Charles River, and people spend the day - so get there early if you want to secure a good spot. Oh, and for the particularly patriotic among you, don’t miss the reading of the Declaration of Independence at the Old State House.

As a short person, I’ll be the first to admit that bigger isn’t always better - but that’s not true when it comes to fireworks. New York City claims the country’s biggest fireworks display for the 4th of July, and although the city doesn’t have a huge list of Independence Day-specific events, you don’t need me to tell you there’s plenty more to do in NYC than just stare at fireworks. One holiday event worth noting (as much for its gross-out factor as for its Americana factor) is the annual hot dog eating contest Nathan’s Famous holds out on Coney Island.

It’s no surprise that the city where the Declaration of Independence was written is a great place to celebrate the 4th of July - and a few days in Philadelphia will let you check off plenty of the sites important to America’s history. The many historic monuments and buildings in Independence Mall have extended hours for the holiday, but you can still expect crowds, so get there early. Events on July 4th include a free concert at Penn’s Landing and the fireworks display over the Delaware River.

Mount Rushmore may not be the first place you think of when you’re planning a July 4th trip, but this National Memorial site has an incredible fireworks display that’s worth making an effort to see for two reasons. First, because of its more remote location, the night sky is even darker, making the fireworks themselves more spectacular. And second, because the fireworks illuminate the carved faces of four iconic American presidents. Do note that depending on what day July 4th falls on, the fireworks display may not be on the actual holiday, so check with the Parks Service for more information.

While it’s true that the majority of the best places to go for the 4th of July are on the eastern seaboard, the west coast isn’t entirely left out. San Diego boasts one of the top celebrations in California with the “Big Bay Boom” - it’s a fireworks display shot off from barges on San Diego Bay. And if you’re in town for a few days before Independence Day, don’t miss one of the city’s “Star Spangled Pops” concerts.

What does the city of New Orleans have to do with Independence Day? Only that this is a city that will take advantage of any excuse for a party, and do it up right. July 4th events in New Orleans include music throughout the French Quarter and along the river (but this is hardly unusual), and what’s known as the “Dueling Barges Fireworks Extravaganza” at night. It’s a competition of sorts, but it’s a friendly one - and spectators are the true beneficiaries.

Another city that always seems ready to celebrate something is Chicago, and the 4th of July is no exception. The party starts early with the city’s annual “Taste of Chicago” in Grant Park where you can get an idea of why Chicagoans are so proud of their hometown cuisine. The event runs for 10 days, ending on July 4th, and also includes musical concerts. For Chicago’s fireworks, you have a couple of choices of where to go. You can head for Monroe Harbor to watch the Lake Michigan display (accompanied by the Army Band), or go to Navy Pier instead.

Dubai is to hold another record-breaking celebration to welcome in 2023.Each year, Dubai utilizes their spectacular B...
Read More
Filed in: 4th july, Epic Fireworks, Fireworks, fireworks display, fourth-of-July, Independence Day
Share:
Find us on Facebook Find us on Twitter Find us on Pinterest Find us on Instagram Find us on Tumblr Find us on Vimeo Find us on Youtube Find us on LinkedIn Find us on Flickr
Previous article TOP 5 HALLOWEEN FIREWORKS