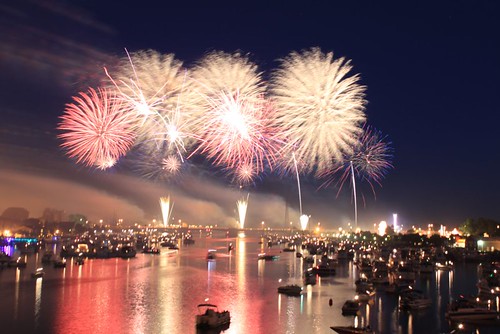 The Bay City Fireworks Festival is one of the greatest fireworks shows in Michigan. People come from all over the Mid-West to see the show. The festival runs from June 30th, July 1st, and July 2nd with fireworks every night and entertainment every day. The spectacle is enhanced by its proximity to the Saginaw River, providing great viewing locations all around the park's area, along with the river banks and from boats on the river.

Pets are not allowed in the Parks

Alcohol is not allowed in the Parks

No Grilling within Parks

Send your donations to:

The Bay City Fireworks Festival is a total volunteer organization. We are always looking for new & old volunteers to help out in many different areas of the festival. Would you like to be involved with one of the greatest fireworks festivals in the Mid-West? See contact information below.

Qatar is the first middle eastern country to host the world cup, which was opened in spectacular style with a knock-y...
Read More
Filed in: Bay City Fireworks Festival 2011, Fireworks, Michigan
Share:
Find us on Facebook Find us on Twitter Find us on Pinterest Find us on Instagram Find us on Tumblr Find us on Vimeo Find us on Youtube Find us on LinkedIn Find us on Flickr
Previous article BLACKPOOL WORLD FIREWORKS CHAMPIONSHIP