The first ever Battle Proms event was held at Battle Abbey, East Sussex in 1997 and here we are more than 20 years later and their popularity continues as the event has now grown into the UKs foremost picnic concert series and they are all set in the grounds of some of England’s finest stately homes.

The fireworks accompanying all the fabulous displays are under the guidance of Skyburst - The Firework Company from Bristol who has collective fireworks experience of over a hundred years, they know a thing or two about display fireworks having lifted some of the UK’s top pyro awards. 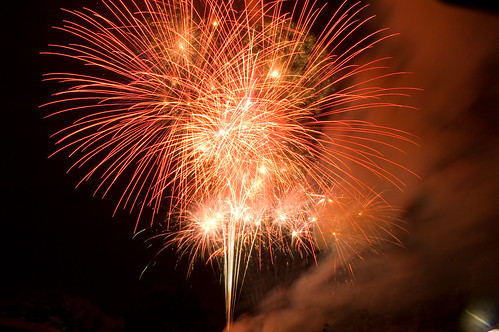 Oddly, the event was originally established as an answer to the ‘whatever shall we do with the 200 live firing replica Napoleonic cannons’. They were being stored at the time in the English Field Artillery Company where they were clearly being underutilised and above all, not earning their keep or their storage space so the Battle Concert concept was born.

The events today even have their own little bunch of loyal followers ‘the battle promenaders’ who all simply love the opportunity to get out and enjoy a full orchestral programme of classical music along with friends and family in one or more of the stunning historical homes around the UK.

Beethoven’s Battle Symphony was written in 1813 to celebrate the Duke of Wellington’s victory at the battle of Vittoria against the French.

There are events at each of the following stately homes:

The cost varies according to when you place the order for your tickets ranging from around £30 to £50 but there are some special offers on with the likes of Virgin red-letter days where you can get two for one.

There will, of course, be concessions but if you wish to make a very special day of it, why not choose one of the fantastic picnics available which include child friendly, vegan, gourmet or even just a delicious selection of cheese and wine to quaff whilst taking in the ambience of the stately home (ahhh … to live as the hoi polio do!!).

They range from around £9.50 for children’s picnic to a gourmet delight, including beautiful prawn and crayfish cocktail and herby crusted slivers of sirloin of beef for up to 4 people for £210.00.

Get along to one of the events on offer and keep an eye out on the internet for special offers and this could be the start of something brilliant and moreover, music, good company, great surroundings and of course spectacular fireworks – what more could you want.

Whilst browsing the web I came across a video titled 'rare fireworks' - so I had to give it a go and see if I learned...
Read More
Filed in: 2018, Battle Proms, BATTLE PROMS 2018
Share:
Find us on Facebook Find us on Twitter Find us on Pinterest Find us on Instagram Find us on Tumblr Find us on Vimeo Find us on Youtube Find us on LinkedIn Find us on Flickr
Previous article BUYING FIREWORKS AS A GIFT