WHAT: BASTILLE DAY FIREWORKS 2019
WHEN: SUNDAY 14TH JULY 2019
WHERE: ALL ACROSS FRANCE - MAIN PARADE IN PARIS
COST: FREE

Not only is the parade on the ground but also in the air as military aircraft take to the skies. With the president of the Republic, other French officials and guests in attendance they take their ringside seats as the French President opens and reviews the troops to begin the day's celebrations. 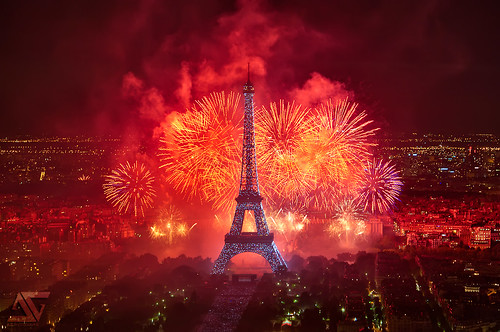 Organised as a free event by the Mayor of London, this festival which takes place in Trafalgar Square is sure to be a...
Read More
Filed in: 2019, Bastille, Bastille Day, BASTILLE DAY FIREWORKS, Fireworks, france
Share:
Find us on Facebook Find us on Twitter Find us on Pinterest Find us on Instagram Find us on Tumblr Find us on Vimeo Find us on Youtube Find us on LinkedIn Find us on Flickr
Previous article THE HISTORY OF SKY LANTERNS