Bastille Day is France’s most important national holiday and commemorates the storming of the Bastille which took place on 14th July 1789, marking the beginning of the French Revolution.

The Bastille was a prison and was seen as a symbol of the absolute and arbitrary power of Louis the 16th’s Ancient Regime. By capturing this symbol, the people warned France that the Kings power was no longer absolute, they thought power should be shared by the Nation and be limited by a separation of powers. 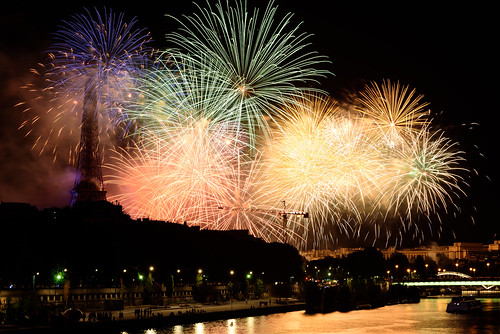 Although the Bastille only held several prisoners at the time of its capture, the storming of the prison was a symbol of liberty and fight against oppression for all French citizens, like the Tricolore, the French National flag, it symbolized the Republics three main ideas: Liberty, Equality, and Fraternity for all the people of France. It signified the end of the absolute monarchy, the birth of the sovereign nation and ultimately the formation of the (First) Republic in 1792.

Bastille Day was officially declared a national holiday on 6 July 1880 when the new Republic was firmly established. Bastille Day is very important for the French as is symbolizes the birth of the start of the Republic. As in the US, where the signing of the Declaration of Independence heralded the start of the American Revolution, in France, the storming of the Bastille began the Great Revolution. In both countries, the national holiday thus symbolizes the beginning of a new form of government. 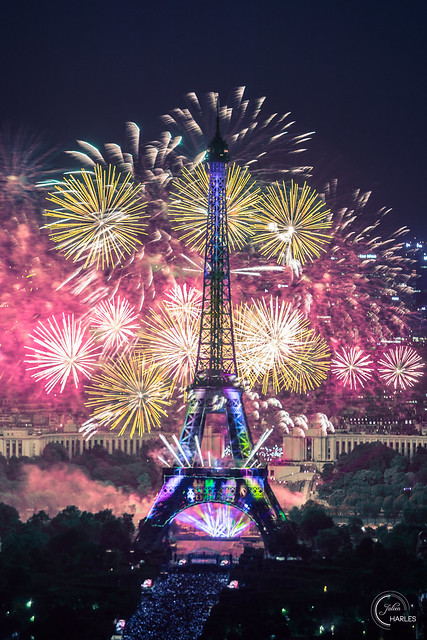 On the morning of the 14th July, the Parisians celebrate the start of the holiday with a grand military parade along the Champs Élysées. Known as Le Défilé' (the parade), this is the oldest and largest parade in Europe with over 4,000 servicemen involved. It is also attended by the French President and other key dignitaries.

The parade began in 1870 to improve the morale of the nationals after the defeat in the Franco-Prussian war.

Throughout the whole of Bastille Day, parties, colourful fairs and firework displays take place in celebration.

The international Ignis Brunensis fireworks competition hosted this year by ROCK FEST, is to be held in June in Brno,...
Read More
Filed in: 2023, Bastille Day
Share:
Find us on Facebook Find us on Twitter Find us on Pinterest Find us on Instagram Find us on Tumblr Find us on Vimeo Find us on Youtube Find us on LinkedIn Find us on Flickr
Previous article DA NANG FIREWORK FESTIVAL
Next article IGNIS BRUNENSIS FIREWORKS COMPETITION 2023