Banks of the Foyle Halloween Carnival 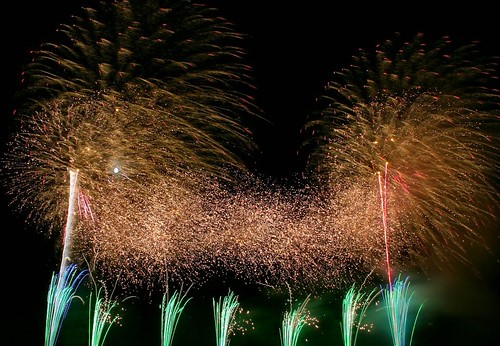 The Banks of the Foyle Halloween Carnival in Londonderry has been held since 1986, and the Walled City knows how to celebrate Halloween like no other city.

The stunning Banks of the Foyle Halloween Carnival has become Ireland’s largest street party and one of the world’s top Halloween events, attended by over 40,000 revellers who come from near and far.

Launching the festival programme, Mayor Alderman Mildred Garfield said Halloween was the city's single biggest visitor attraction of the year, no surprise, in the land that was the birthplace of Trick or Treating, he added "This year's carnival is a must mid-term event for all the family and we are working to encourage more people to come along and enjoy an event that has gained for itself a formidable reputation as the biggest and best Halloween party".

The week-long carnival has something for everybody, the fun includes annual spookfest music, magic, costume finishing touches, storytelling, and the "Outdoor Spooktacular" with family events, fancy dress, Halloween crafts, games and more, including well-established attractions like the Ghostbusters and Haunted House.

The highlight for many is the carnival parade which features a samba band, marching band and carnival characters.

The parade will wind its way through the atmospheric streets of the Walled City for all to see. This is a superb display of colour and costume and is renowned for memorable images and sounds.

The carnival runs from October 27th until November 3rd and ends with a spectacular and magical Halloween themed fireworks display from the very Banks of the Foyle.

Scheduled to be the 22nd running of the FIFA World Cup competition and for the first time in the events history, taki...
Read More
Filed in: Banks of the Foyle, Fireworks, Halloween, Ireland
Share:
Find us on Facebook Find us on Twitter Find us on Pinterest Find us on Instagram Find us on Tumblr Find us on Vimeo Find us on Youtube Find us on LinkedIn Find us on Flickr
Previous article FIREWORKS CHAMPIONS AT NEWBY HALL