And The 2011 Competition Winner Is 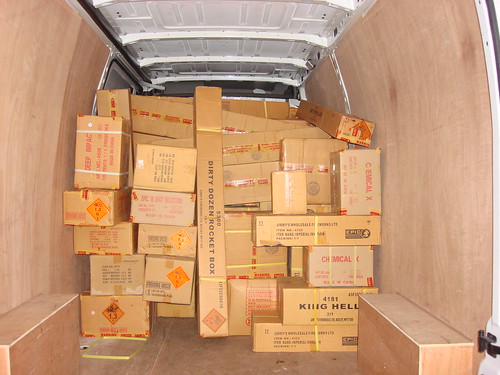 Finally, we can announce that the prize draw has been won!!

Epic Fireworks annual competition for £4000 worth of pyro has been won by one lucky customer from Devon.

We contacted the winner by telephone, and they collected the fireworks on the 18th December for their New Year's Eve party.

Thanks to everyone who entered this year, good luck for next year!

Since the discovery by a monk in China almost a thousand years ago fireworks continue to thrill and astonish young an...
Read More
Filed in: Competition, Epic Fireworks, winner
Share:
Find us on Facebook Find us on Twitter Find us on Pinterest Find us on Instagram Find us on Tumblr Find us on Vimeo Find us on Youtube Find us on LinkedIn Find us on Flickr
Previous article PLEASE STAY SAFE :)