This year will be the 41st edition of the event and is the first festival of the summer to be held in Tokyo. Dating back to the 1920s the festival heralds the start of the summer firework season.

Don your yukata or summer dress and join the many locals and visitors on the riverbanks to watch the magnificent firework display. Held along the river the display is fully visible with a variety of vantage points to choose from between Nishiarai Bridge and the Tokyo Metro Chiyoda line bridge.

Make sure that you arrive early to secure a good spot, bring along fold up chairs or a picnic blanket and then fill up at one of the nearby food stalls and sample some of the local cuisines before the evening entertainment begins. 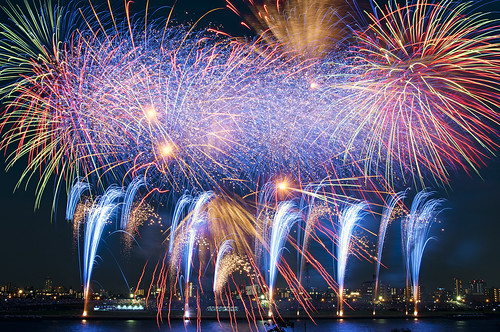 Over 13,000 fireworks will be released into the night sky accompanied by music and lasers making it seems like daytime as the audience's favorites of golden weeping sakura and extra-large Niagara fireworks fill the air, keep an eye out for the fireworks art in the displays or just sit back in awe and take in the kaleidoscope of colours for the hour-long firework show.

Get your summer pyro fix with this stunning firework display. 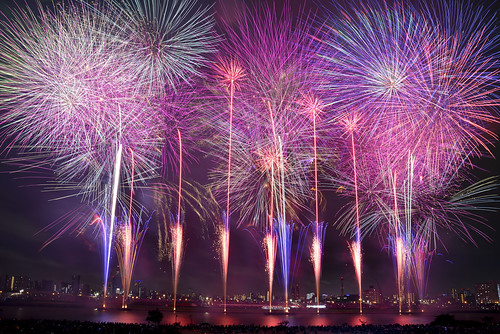 WHAT: World Fireworks Championship BlackpoolWHY: Gathering some of the worlds most talented pyrotechnicians for a bri...
Read More

By now, most people have heard of the wonderful daily displays at Disney’s Magic Kingdom, or some of you might even h...
Read More

WHAT: Tonegawa Fireworks Festival 2022WHY: Fireworks event close to TokyoWHERE: Riverbanks of Tonegawa River in the t...
Read More
Filed in: 2019, ADACHI, firework festival, fireworks festival
Share:
Find us on Facebook Find us on Twitter Find us on Pinterest Find us on Instagram Find us on Tumblr Find us on Vimeo Find us on Youtube Find us on LinkedIn Find us on Flickr
Previous article BRITISH FIREWORK CHAMPIONSHIPS 2021