A HISTORY OF FIRECRACKERS AND WHY THEY ARE RED

Firecrackers, along with fireworks, originated in China but even before the invention of gunpowder the Chinese sought loud noises in order to scare off enemies and evil spirits. In traditional Chinese culture it was believed that on Chinese New Year a monster called Nian would rise from the mountains, or sea, in search of food. Hungry, the monster would destroy people's homes and eat the dwellers inside but particularly favoured children. It was believed Nian could only be avoided by creating loud bangs which would scare the monster, and any other evil spirits, away. The tradition of lighting fireworks on New Year's Eve is now popular across the entire world.

Originally, loud bangs were produced by placing lengths of dried bamboo into a fire where once burnt they would split and emit a loud report. With the invention of gunpowder, a louder report could be made by filling lengths of bamboo with the explosive substance. These noise making devices became known as 'exploding bamboo' and in fact the Chinese name for firecracker, 'baozhu' still translates to this very same name. 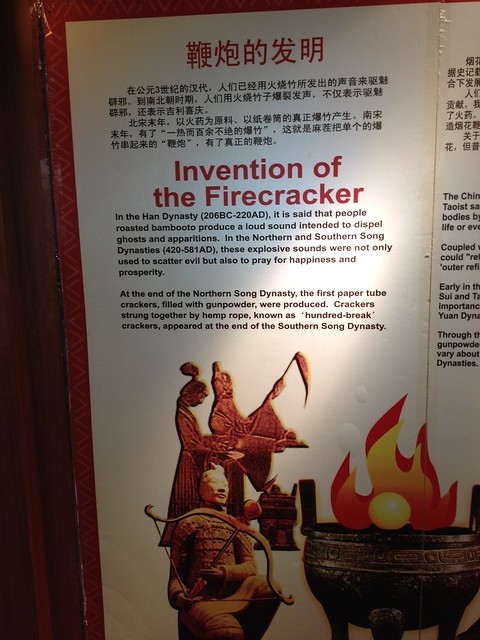 Eventually, in the Song Dynasty, bamboo was replaced with cardboard, and with this it became possible to colour the outer casing. The Chinese believe the colour red to be extremely lucky and as lighting thousands of firecrackers would produce millions of red paper and tissue fragments they in turn spread luck far and wide. Interestingly, this red residue is then left so as not to sweep away good fortune. Others believe that Nian fears both loud noise and the colour red, therefore the use of red firecrackers would continue right up to the modern day. 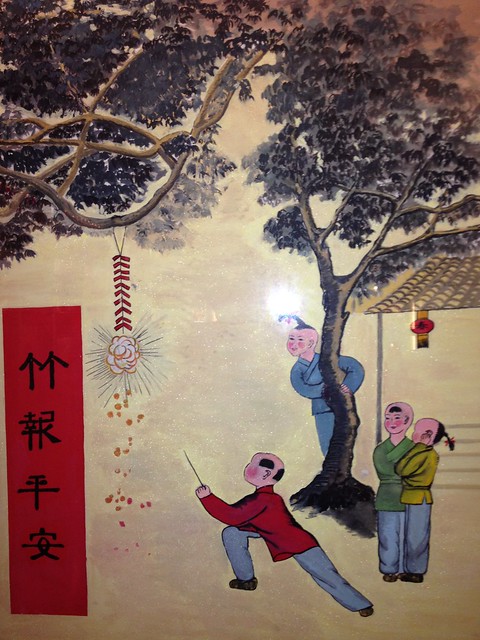 Occasionally, a few yellow and green coloured fireworks appear on strings of Chinese firecrackers and this symbolises the emperor and the ruling class, while the numerous red crackers represent the common man. 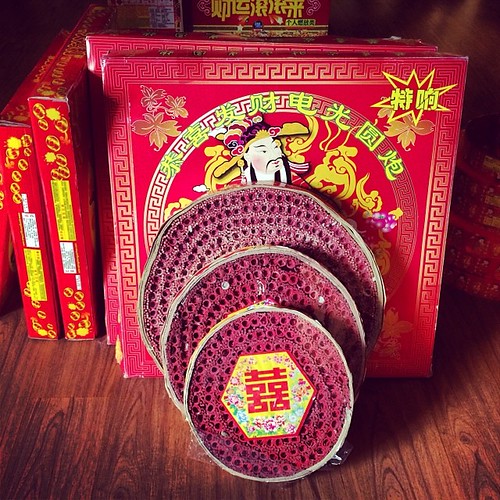 Eventually, flash powder replaced black powder as it gave a sharper bang and in 1997 both bangers and traditional firecrackers were made illegal in the UK.

Organised as a free event by the Mayor of London, this festival which takes place in Trafalgar Square is sure to be a...
Read More
Filed in: FIRECRACKERS, RED FIRECRACKERS
Share:
Find us on Facebook Find us on Twitter Find us on Pinterest Find us on Instagram Find us on Tumblr Find us on Vimeo Find us on Youtube Find us on LinkedIn Find us on Flickr
Previous article TAMWORTH FIREWORK DISPLAY BACK WITH A BANG