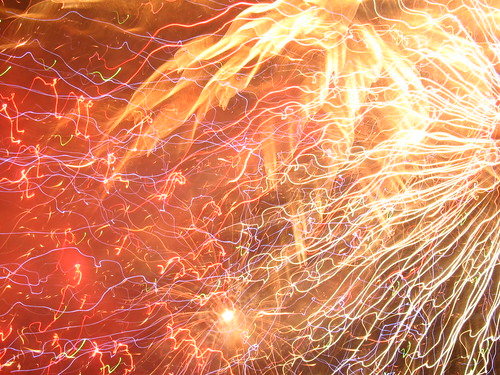 And on with the show - this is the next step up - a £100 display - basically, same format as the £50 display, but with a bit more duration and some larger fireworks as well, with a grander finale.

For height, duration and density of effect this is a great way to open your show. Catch peoples attention, allow the people hovering inside to come out, and get everyone ready for some pyro!

Next up - King Cobra - A chunky little barrage, sends up mixed effects and introduces some volume into your display

Middle order! Mega Rockets - You get loads, so consider sending them up in groups of three or four for added effect - or use as singles for a longer display.

Pre-Finale - Six Machine - A tall firework, with each shot breaking six times, giving the impression of many fireworks going off, a novelty effect and a great performer.

Finale - Magneto - A larger firework to end, sending up lovely lingering loud bursts - professional quality effects to end a show done on a very affordable budget - especially if people chip in a bit :)