Colin Furze is, first and foremost, a really nice man (if a little crazy) and on reaching 6 million subscribers, he wanted rockets to celebrate the achievement so one call and a courier trip later, the fireworks were delivered, and he was ready to rock and roll once again.

His plan was to launch as many rockets as possible, but this, of course, was not going to be an easy task, but, Colin does tend to ‘think outside of the box’ (a few years ago the men holding the straight jacket would have been at the door). This creation was to be almost an amalgamation of two of his previous projects; the death star and the truck launch of rockets.

Firstly, how to launch these bad boys? He created a large ring of mesh for the top of the launcher and a smaller one below to enable the rockets to mushroom outwards. Then of course, once the base was secured and checked, how on earth do you light this number of rockets in one fell swoop and still maintain the ‘Furze-effect’? 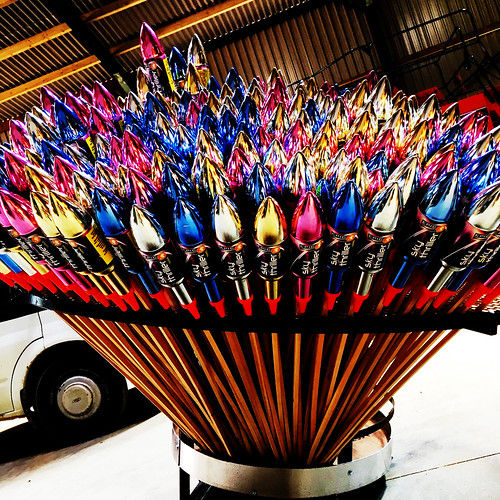 This is where Colin’s abilities as a plumber come to the fore as he created a flamethrower for under the mesh out of copper to enable him to flash fire to the fuses. This he was going to light with a rocket, so he needed to attach a rocket to a rope which was to be launched towards the gas.

He carried out some extensive pre-testing etc to make sure he was not going to set Lincolnshire afire. He also wanted it to be high up so the JCB was to lift the mushroom up at the top of the hill (well, in Lincolnshire its difficult to find a ‘hill’ so it was more of an incline!) and waited for night to fall. 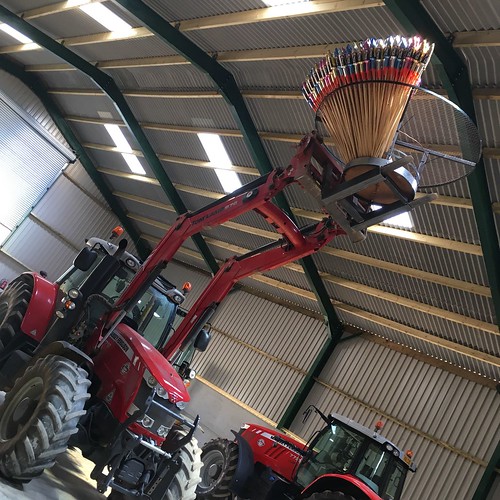 Once lit, it was clear that it was going to be a huge success, but Colin and his friends got out of there pretty sharp once the rockets started launching!

ANOTHER AMAZING JOB COLIN – here at Epic Headquarters, we think that your next project should be a Girondola.

All the rockets used in Colin’s video footage were supplied by EPIC FIREWORKS.

WHAT: Las Fallas De Valencia 2023WHY: Celebration of St Joseph and his efforts to protect the Royal FamilyWHEN: March...
Read More
Filed in: 700 Rocket Mushroom, Colin Furze, Epic Fireworks, epicfireworks, Fireworks, Rockets
Share:
Find us on Facebook Find us on Twitter Find us on Pinterest Find us on Instagram Find us on Tumblr Find us on Vimeo Find us on Youtube Find us on LinkedIn Find us on Flickr
Previous article TONEGAWA FIREWORKS FESTIVAL 2022